"It is certainly available in Iceland the shop." 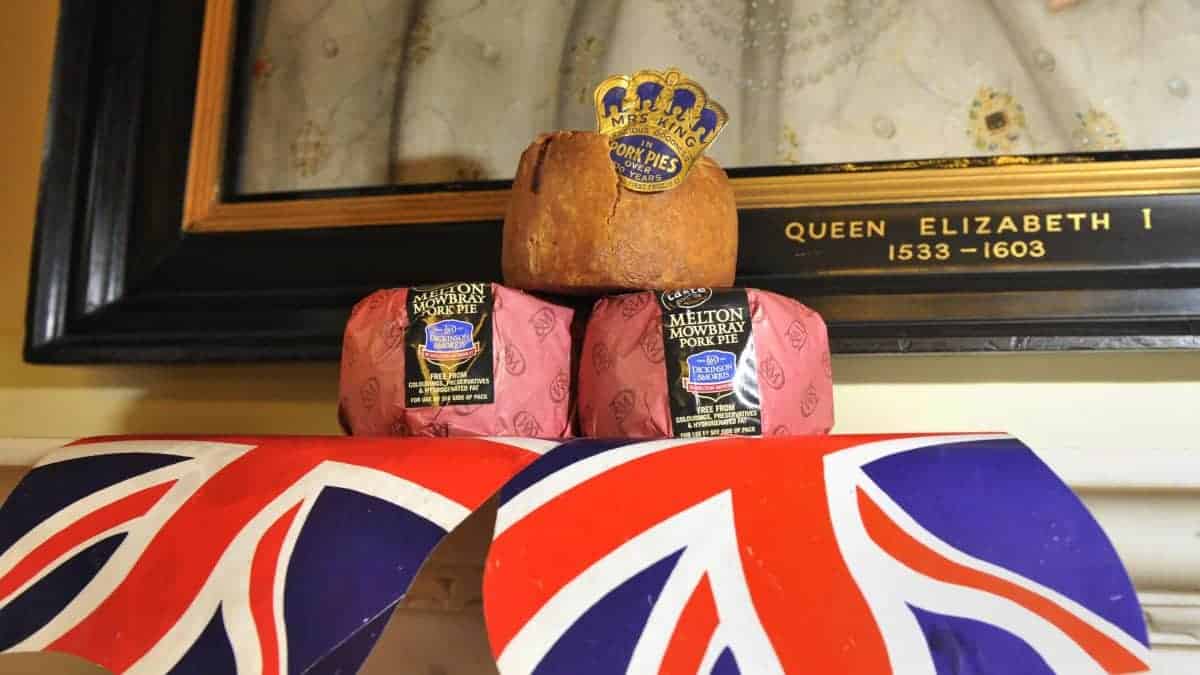 Number 10 has been clashing with Melton Mowbray pie industry figures in a growing row over Boris Johnson’s claims the pork meat snacks are sold in Thailand and Iceland.

Boris Johnson yesterday told journalists on his RAF plane flying to the G7 summit in south-west France: “Melton Mowbray pork pies which are sold in Thailand and in Iceland are currently unable to enter the US market because of some sort of Food and Drug Administration restriction.”

But the example he used in boasting that he would prise open the American market” as he met US President Donald Trump in Biarritz, France, for talks about a possible post-Brexit trade deal was contradicted by the pie makers association.

The Prime Minister has been on the defensive on on how fast he would be able to secure a US trade deal as a no-deal Brexit looks increasingly likely due to his inability to offer EU leaders an alternative to the backstop to ensure a peaceful Irish border. That would place Britain would at a negotiating disadvantage until its trade relationship with the EU is negotiated again.

Keen to extol the virtues of the US market for British produce, the Prime Minister told journalists that Melton Mowbray pork pies were available in Thailand and Iceland, but the US FDA that regulates food had restrictions on the British-made snack.

But Matthew O’Callaghan, who chairs the Melton Mowbray Pork Pie Association which represents the pie makers today told the BBC Radio 4’s Today programme that as far as he knew, the claim was wrong.

When pressed again, Mr O’Callaghan added: “Not that I know of I’m afraid.

“It is certainly available in Iceland the shop.”

Mr O’Callaghan added: “You’ve got the G7, you’ve got the Iran crisis, the Amazon burning, China and Russia, and all the rest of it, and up pops Boris with Melton Mowbray pork pie.”

The Melton Mowbray pork pie has special protected geographical status under EU rules, meaning that only producers making pork pies using the traditional recipe and in the vicinity of Melton Mowbray can use the town’s name.

Mr O Callaghan also explained that the risk of losing that and trade into a far more important nearer market in Europe for the perishable meat snack due to a no-deal Brexit was a far more serious problem.

However, when contacted by the BBC, Walker & Sons said it no longer exports pork pies. “We are entirely focused on the UK market,” a spokeswoman said.

The company said it used to export a “tiny amount” to Singapore – but had not done so “for some time”. When pressed, a spokeswoman said none had been exported for “at least two years”. She said those that were exported had to be sent out frozen and then baked on arrival.

Number 10 officials pointed to published comments from the firm’s export executive Henry Bowles, in which he said: “Exports currently account for less than 1% of our annual turnover, with small shipments being sent to Iceland, Thailand, Singapore and the Caribbean.”

But these were later revealed to have been made back in 2015.

During the Tory leadership contest earlier this year, Mr Johnson waved an Isle of Man kipper at the final hustings and claimed EU regulations require kipper suppliers to keep their products cool with ice pillows when they are delivered.

However, again food manufacturers queried his fishy claim as the EU rule covers fresh fish and not smoked products, such as kippers, and it is for national governments to set any rules.

European health and food safety commissioner Vytenis Andriukaitis at the time posted on Twitter: “Boris, the Isle of Man is not bound to the #EU ‘pointless and damaging’ *red tape* in #foodsafety that we are proud of because it protects consumers. You omitted to say that the Isle of Man is not in the EU. This packaging – #uk competence. Yet another smoke. #fakenews.”