Connor Freel, 24, has urged others not to suffer in silence as part of Hate Crime Awareness Week after being victim of vile taunts as a youngster 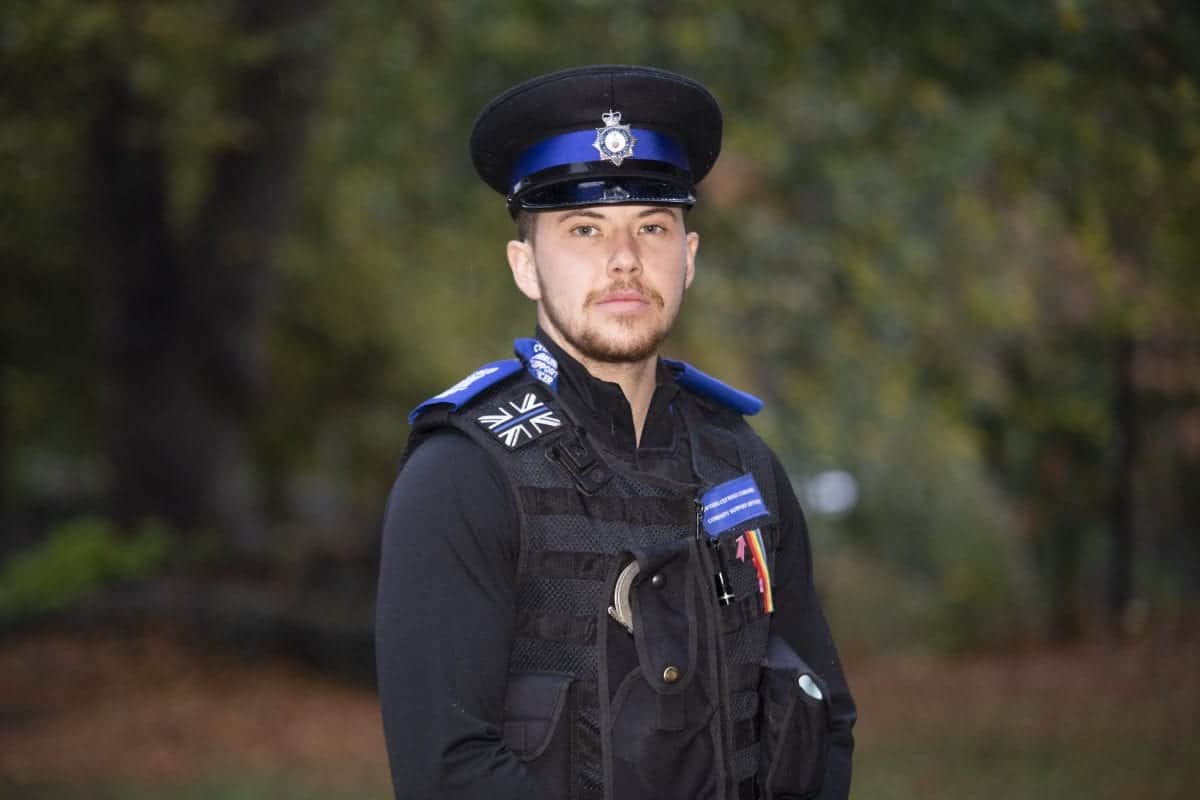 A transgender PCSO has spoken of the vile abuse he suffered while transitioning to a boy in a bid to tackle hate crime – including having a ROCK smashed in his face.

Connor Freel, 24, was born a girl but became a victim of cruel bullies at school after coming out as trans at 15-years-old.

He would be physically and verbally abused in the corridors by other pupils and on one occasion had a rock thrown at his face from a moving car.

Even when he left school, he would get attacked in the pub and was taunted by customers while working at McDonalds.

But determined Connor decided he wanted to fight hate crime head-on and after studying criminology and criminal justice at university he joined North Wales Police.

He has now bravely spoken out about his ordeal in a bid to urge all victims of hate crimes to come forward and not to suffer in silence.

Connor, of Mold, Flintshire, said: “I was born female but from my earliest memories and before I could even talk I knew I was a boy in the wrong body.

“I told my parents when I was a small child that I was a boy.

“However, I was brought up as a girl and began to transition to male when I was around 15.

“I went to my parents and explained to them how I felt and they couldn’t have been more supportive.

“In fact they basically knew had been waiting for me to tell them.

“I came out first as being gay and got a bit of abuse for that and I almost didn’t want to come out as transgender.” 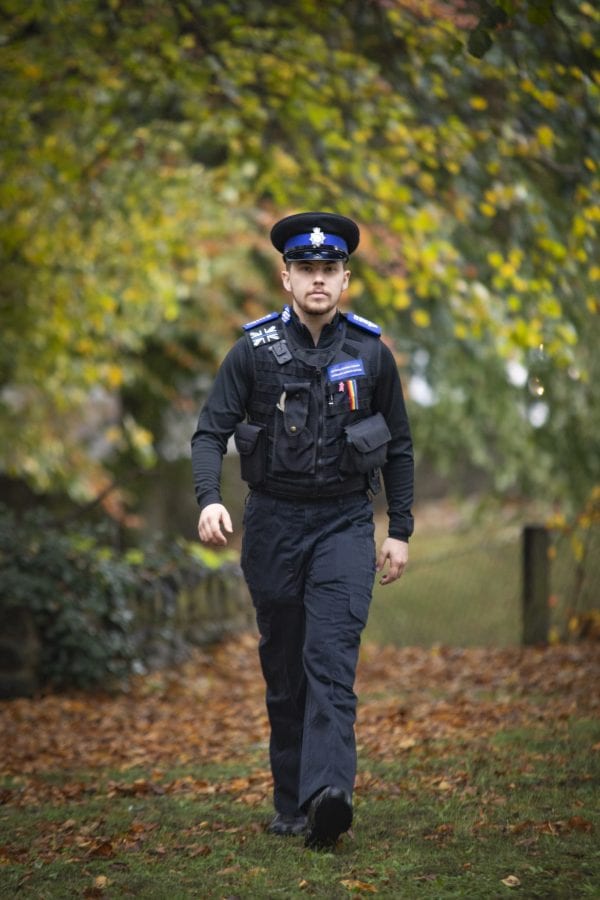 He added: “I changed my name to Connor and felt free. I was no longer acting and not trying to fit into some sort of box I didn’t belong in.

“The problems soon started though. I was in the sixth form and as fellow students didn’t know whether I was male or female they basically lashed out.

“One day, as I was walking home someone shouted vile abuse at me from a car window.

“I turned around and was hit in the face by a rock. I didn’t respond or report it and had a real shiner for a few weeks.

I’ve been beaten up outside pubs. It made me go into my shell a little bit.

“I couldn’t stand it anymore after a year. I’d walk down a corridor and someone would smack the back of my head and call me names.

“So I left sixth form and started at college instead.

“I got a job at McDonalds to finance my studies. Someone found out I was transgender and they started going through the drive thru on an almost daily basis shouting insults and calling me names through the serving hatches.

“I did report these incidents and the police dealt with it. But I felt horrendous and almost that it was my own fault which I knew wasn’t really true.

“I went on to study criminology and criminal justice at Wrexham’s Glyndwr University and completed my dissertation on transgender hate crime.

“I want to go back to university and do a PhD in transgender hate crime.”

The plea came as it was revealed here has been a 27 per increase in the number of reports of hate crimes in North Wales over the past 12 months.

PCSO Freel says his North Wales Police colleagues have been massively supportive since he joined the service.

He added: “It’s been amazing, everyone has been great. I don’t have any issues with the public as I now look totally masculine.

“Hormones have given me facial hair and I’ve had two operations on my chest. I have now got a male body shape and no one suspects I was born female.

“We need to raise awareness. I go into school and talk to students about hate crime and the LGBT community. My parents and two brothers are totally supportive.

“I’m now engaged to be married and life couldn’t be better. If my experience can help others that’s great, that’s what drives me on.”

North Wales Police and Crime Commissioner Arfon Jones said: “North Wales Police takes hate crimes very seriously and anyone who wants to report a crime but doesn’t want to go to the police can always turn to the Victim Health Centre at St Asaph.

“I’m pleased some hate crime victims have had the strength to come forward and tell their stories.

“They have done so in the hope it will encourage other victims to speak out and not to suffer in silence.

“North Wales Police will always investigate complaints sensitively and I’m determined that we will see offenders dealt with.

“We must stamp it out as there are countless victims suffering in silence.”