“We should never have been in a situation where we had an edict that you can’t join a picket line. This is the Labour Party, the clue is in the name. We are the party founded by the trade unions.” 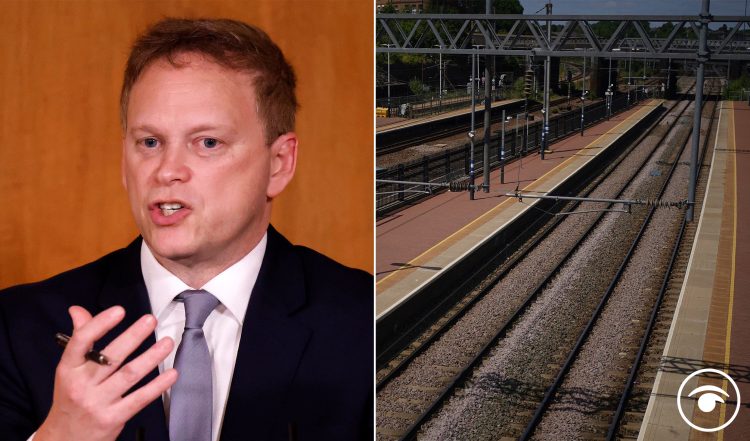 A strike by train drivers was “solidly supported” on Saturday amid a fresh clash between unions and the Government over the bitter pay, jobs and conditions dispute.

Passengers suffered another day of travel misery as thousands of members of Aslef at seven train companies staged a 24 hour walkout.

The union said it has received an offer from Transport for Wales for a 6.6% pay rise which it will put to its members.

Picket lines were mounted outside train stations and Aslef said strikers were receiving support from the public.

He told the PA news agency: “The strike today was solid. That shows the solidarity of our members and their determination not to be pushed around by Grant Shapps, the Department for Transport, and the train companies.

“After keeping Britain moving during the pandemic, they expect our members, who have not had an increase in pay since 2019, to keep working, effectively for a pay cut.

“All we are asking for is an increase in line with the increase in the cost of living – soaring inflation is not the fault of working people in this country, it’s the fault of this government and its inept handling of the UK economy.

“Shapps holds the key to this but, true to form, he is blustering and ducking and diving, and looking to blame everyone else, indeed, anyone else, for the problems he has created.

“He could solve this in an instant by allowing the train companies to come to the table with a sensible offer and negotiate with us.”

Joining another picket line at Paddington station in London on Saturday, the former shadow transport minister said it was “really important” for Labour MPs to show their solidarity with striking workers.

He said: “We should never have been in a situation where we had an edict that you can’t join a picket line. This is the Labour Party, the clue is in the name. We are the party founded by the trade unions.”

He added that the link between the union movement and the Labour Party is “indivisible” and “part of the same fabric”.

Grant Shapps told The Times: “The ‘Two Micks’, Lynch of the RMT and Whelan of Aslef, are taking the taxpayer for a ride, but not in the way they are meant to.

“RMT is stalling on reform and Aslef is dragging its feet in negotiations while both call more strikes. Enough.”

“We’re not dragging our feet in negotiations, we negotiate with 14 private companies, we do not work for the Government or the DfT (Department for Transport).

“I would like Mr Shapps to get us out of this catch-22 situation that he misrepresents at every opportunity.”

A DfT spokesman said: “It’s extremely misleading to suggest the Transport Secretary should get involved in these negotiations.

“His role is to protect the public purse, ensuring value for money for the hardworking people of this country. As such, he’s required to set the limits of taxpayer support and ultimately sign off on any deal – not to be involved in negotiating one – and his contracts with operators allow him to do precisely that.

“The union knows full well that negotiations over pay and working practices don’t happen with the Government – they happen with the employers of the people they represent. We once again urge union representatives to get back round the negotiating table.”

Football fans travelling to the opening Saturday of English leagues, and people going to the Commonwealth Games in Birmingham were among those affected by the disruption.

Strike action will be stepped up next month with a series of stoppages by Aslef, the RMT and the Transport Salaried Staffs Association.

Meanwhile, Hitachi rail workers are to strike for three days from Sunday in a row over pay and conditions.

Members of the Rail, Maritime and Transport union (RMT) whose jobs include maintenance, are in dispute over pay and issues including breaks, leave entitlement and shift length.