Chief whip Mark Spencer, who is responsible for party discipline, was one of those in attendance at the game. 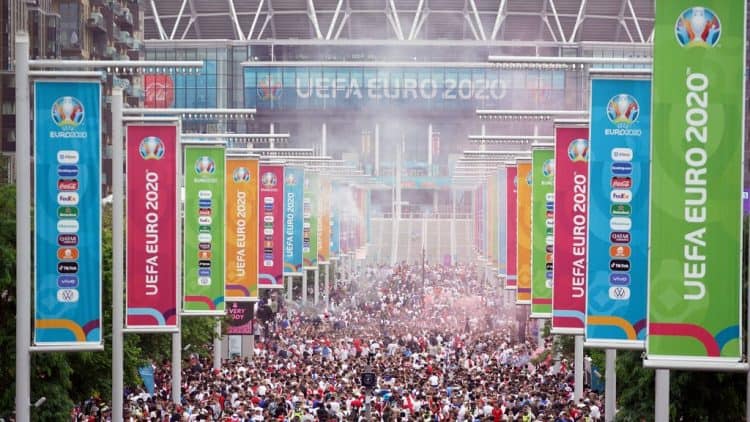 A dozen Tory MPs, including two Cabinet ministers, used proxy votes – meant to be used to avoid crowding in Parliament because of Covid – to attend a Euro 2020 football match at Wembley Stadium.

The Conservatives who attended the England versus Denmark semi-final on 7 July included government chief whip Mark Spencer, who is responsible for party discipline.

The game started soon after a 6.59pm vote on the EU Settlement Scheme, according to Politico.

Most of the politicians mentioned attended the Denmark match on gifted tickets from gambling company Entain, with a ticket worth £3,457.

The rules of voting by proxy

A government official and Davies, Jenkinson and Bell all argued that proxy votes were used by almost all MPs at the time to prevent the spread of the coronavirus in Parliament.

The proxy rules at the time were only for MPs who did not want to vote in person “for medical or public health reasons related to the pandemic”.

The system was initially set up to allow MPs who were ill with coronavirus or self-isolating to vote, and was later extended to prevent the infection from spreading.

It relied on “self-certification”, trusting the good faith of MPs that they had a good reason to vote away from the Parliament.

But other politicians pointed out there is currently no system in place for ill MPs to vote in Parliament, with SNP’s Amy Callaghan, who is recovering from a brain hemorrhage, complaining about the situation.

It comes as Tory MP Geoffrey Cox was under fire last week after the Telegraph revealed he voted 232 times by proxy while abroad.

Cox was criticised for voting remotely from the Carribean while holding a lucrative second job of advising the government of the British Virgin Islands – a tax haven accused of corruption.

The MP revealed he earned over £1 million from external legal work over the past year, on top of his already generous backbencher salary from taxpayers, worth £82,000.

Second jobs have been an intense subject of discussion, after earlier this month Conservative MPs controversially voted for a motion which would have protected former Tory MP Owen Paterson from suspension.

Paterson was found guilty of taking more than £100,000 a year from two companies he lobbied the government on behalf for – so the Tories initially attempted to replace the government watchdog who recommended his suspension with a Tory-led committee, but were forced into an embarrassing U-turn following public backlash.