The environment secretary said different shift patterns could make up for an exodus of migrant workers. 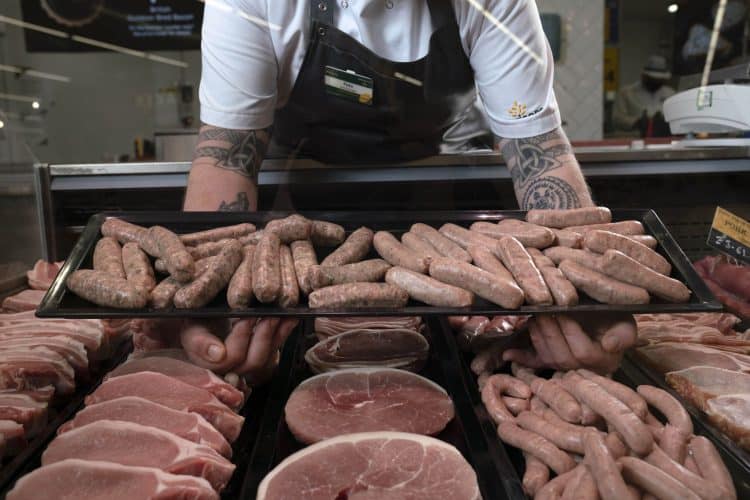 Working mothers can plug staff shortages at abattoirs left by an exodus of European migrant workers, the environment secretary has claimed.

George Eustice said the meat processing industry is adjusting shift patterns to attract British staff, after many of the Eastern Europeans it had relied on for more than a decade left the country due to Brexit and the pandemic.

He suggested companies are reverting to older practices and unravelling a shift to migrant workers that occurred in the past two decades, as the European Union expanded eastwards.

Back to the olden days

Speaking to MPs on the environment, food and rural affairs committee, Eustice said: “As recently as the early 2000s, these businesses in the pork sector, beef, abattoirs, you know, would actually recruit full-time staff locally.

“They used to have shifts that would accommodate parents who had children of school age, so that working mothers could drop their children at school, work say five or six hours and then pick the children up.

“Those types of shift patterns being displaced by different shift patterns that meant those working mothers were no longer able to work in those sectors. And we’re starting now to see that adjust back.

“So we have to have some confidence that it will be possible to get some people from this country back into these sorts of roles.”

But trade associations quickly dismissed the idea that shift changes could ease the industry’s issues.

Tony Goodger, of the Association of Independent Meat Suppliers, told The Telegraph: “Shift patterns can absolutely be changed to help enable more people to come in throughout the day, which would potentially enable more working mothers, if they wished, to join the sector.

“However, it is unlikely that’s going to provide a solution to the labour shortage.”

Meanwhile poultry bosses have sought to reassure shoppers that there will “definitely” be enough turkeys for Christmas despite industry pressures.

The British Poultry Council (BPC) has pledged that Christmas dinners will be able to go ahead as planned as staffing pressures have eased.

The trade body told the BBC that the release of 5,500 visas in September for the sector to recruit more foreign workers has helped ease production problems caused by a shortage of staff.

It said it believes that between 2,500 and 3,000 of these visas have so far been issued and thinks this will be enough to avoid disruption.

Richard Griffiths, chief executive of the BPC, said: “It’ll get us over the line.

“We’ve been able to streamline products and reduce the variety, so that helps with the overall volume.

“There will be a focus on whole birds and very simple crowns and roasts.”

He added that there will be a bird for “everyone who wants one” despite the reductions in choice.