Esther McVey's comments about the supposed lack work ethic amongst GPs has not gone down well with a lot of medical professionals. 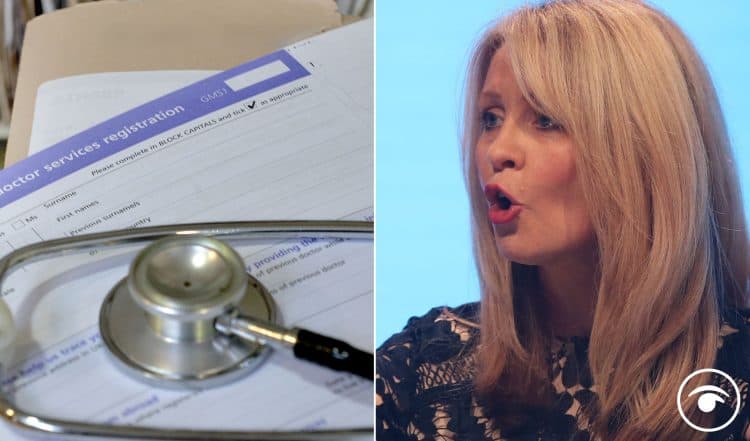 The proportion of GPs in England working full-time at local surgeries has fallen to the lowest level since current records began five years ago, figures show.

Beccy Baird, senior policy fellow at the King’s Fund think tank, said that while the data may show fewer GPs contracted to do full-time hours, many were still working very long days.

She told the PA news agency: “They might be contracted to work six sessions a week, which is three days.

“They are seeing more patients than ever before, which means GPs are working really hard and having to make very complex decisions, so to protect themselves they are reducing their working hours.”

Prof Marshall also said that funding for general practice needed to be returned to 11% of the total health spend and unnecessary bureaucracy reduced to free up GP time to care for patients.

The new data also showed that the age characteristics of England’s GP workforce appear to be changing, with a growing proportion of doctors in their 40s or over 60.

Reasons for these long-term changes are not clear, but there have been reports of young doctors leaving the NHS to work abroad or older ones choosing to retire early.

The data comes amid mounting concerns about the number of GPs needed to meet the rising demand for appointments, which for much of 2022 has been higher than 12 months ago.

With this in mind, Esther McVey decided to have a go at GPs in general.

She tweeted: “How can this be? Nearly one fifth of GPs work on average 26 hours a week as 50% of all patients struggle to get through to their family doctor.”

In response, GP Dr Amir Khan wrote: “How can this be? You’ve been in power for 12 years, we have record people using food banks and record people leaving the NHS because of your mishandling of it Happy to have you spend a few days at our surgery so you can see the demand put on primary care, DM me.”

Other people were quick to chip in.