Unfortunately, data from the Road Haulage Association seems to point to a different reason for the lack of drivers. 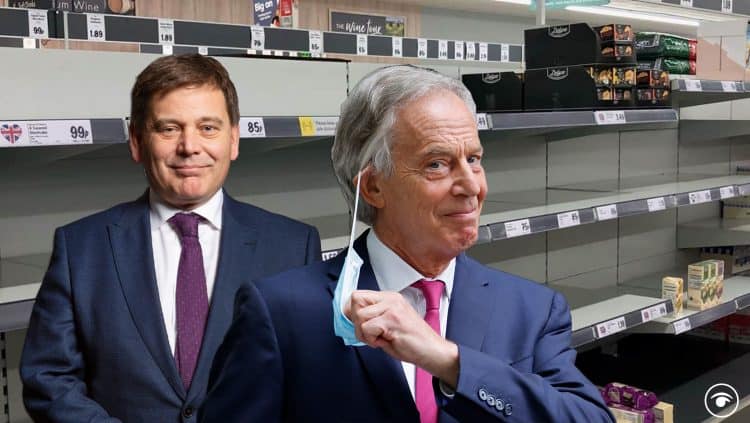 Tory MP Andrew Bridgen has been slammed after he appeared to blame Tony Blair and his higher education policies for the current shortage of lorry drivers.

TheRoad Haulage Association (RHA) estimates there is currently a shortage of some 60,000 lorry drivers in the UK.

Recruitment has been difficult in part due to European workers leaving the UK after Brexit and the ‘pingdemic’ caused by Covid-19.

Last week the boss of the UK’s biggest dairy supplier said supermarkets could face a “summer of disruption” to milk deliveries if the government does not act to address a shortage of lorry drivers.

Arla, which supplies milk to about 2,400 stores each day in the UK, has said it was unable to deliver to 600 stores last Saturday due to dwindling driver numbers.

Ash Amirahmadi, managing director of Arla Foods UK, said the company has struggled to deliver to 10 per cent of stores on a more regular basis in recent weeks.

He told BBC Radio’s Today programme: “I think when you are not able to supply 10 per cent of the stores which are expecting to get milk every day, I think that’s quite worrying for a customer walking into a store and not being able to have milk so we are taking it very seriously.

“We are trying to avoid a summer of disruption.

“We are experiencing the problem getting worse and that’s why our assessment is that we are in a driver shortage crisis and therefore we are asking for the industry and Government to work together to recognise we are in a crisis and address the issue.”

He wrote: “For many years I have been raising the issue of the shortage of lorry drivers.

“The Government has its part to play here. For many years, well over half of graduates have found employment in non-graduate jobs, an issue exacerbated by New Labour’s fixation that half of young people should go to university.

“Blair’s target, together with loose migration policies, naturally placed less value on vocations and began the schism between the Labour Party and what were once their traditional supporters.

“To deliver on its levelling up agenda, the Government has to highlight the value of skilled manual vocations and start an honest conversation on the worth of many degree courses.”

My column in tomorrow’s Sunday Express.