Reminder: Bridgen's colleagues have warned that No Deal would cause food and medicine shortages. 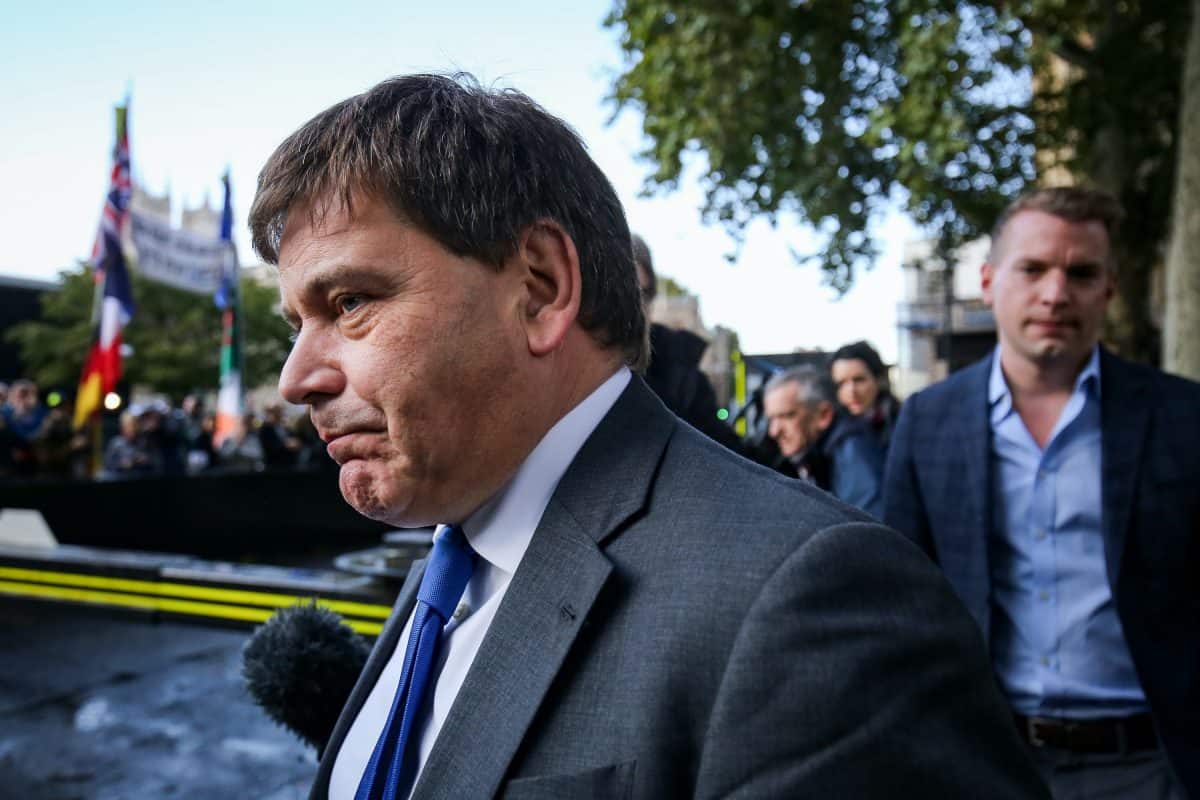 Asked how the UK would cope with a no-deal Brexit in the middle of a pandemic, Bridgen told Sky News: “Well, it’s the same for both sides, which is why the EU still consider there is still scope for negotiations.

“We’re their biggest customer. If we went to tariffs, we could reimburse out of the tariffs we receive from the EU all our exporters in full and still pocket £12-14 billion a year.

“That’s not necessarily the worst deal in the world.”

But even Bridgen’s colleagues on the Conservative benches have admitted that those tariffs could cause food shortages – while a leaked ‘worst-case scenario’ report by the government has warned of a lack of medicine and the use of the military to patrol the streets.

“Brexiteers who used to crow about Brexit meaning free trade & zero tariffs everywhere are now rubbing their hands at the thought of high tariff walls so they can extract money from the EU – not realising tariffs come from your own importers,” pro-EU scientist Dr Mike Galsworthy said.

Meanwhile another Twitter user was even more succinct, describing Bridgen as “thick as two short planks”.

Related: Tory MPs are furious with Barnardo’s for talking about white privilege