All bark and no bite from the Tory councillors? 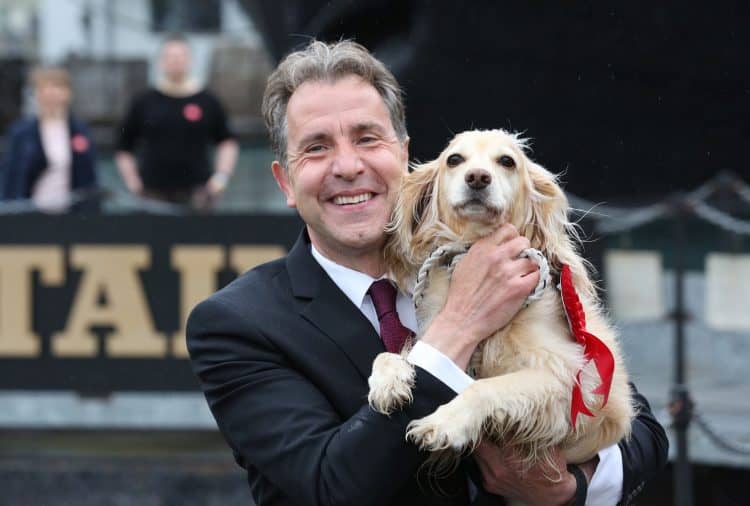 A mayor has been accused of damaging the environment with a website where he posts ”photos of his dog” – which rivals say leaves a carbon footprint equivalent to 100,000 cups of tea or 36 trees.

Dan Norris was elected as West of England Mayor in May this year, with his role covering Bristol, South Gloucestershire, and Bath and North East Somerset.

But South Gloucestershire Conservatives are criticising Norris’ “digital self-promotion” – due to the carbon footprint of the West of England Combined Authority’s (WECA’s) website.

They say the WECA website’s digital footprint is one of the highest carbon generators of its kind in the country.

And Tory councillors claim it is due to “reels of high-resolution pictures” of the metro mayor – as well as frequent photos of Norris ”and his dog”.

Cllr Ben Burton, Conservative cabinet member for corporate resources, told a council meeting last week that the WECA website produces enough CO2 over the course of a year to boil water for 100,000 cups of tea.

He said the WECA website produces 6.57g of CO2 whenever it was loaded – making it “dirtier” than 96 per cent of other UK local authority websites, and more than 17 times as impactful on the environment as the council’s website.

Cllr Burton told the council meeting it was “almost entirely down to the reels of high-resolution portrait pictures of the mayor… and quite often photos of him and his dog,”

He said: “I urge Mayor Norris to place the climate emergency above photos of him, and quite often photos of him and his dog.”

He added that South Gloucestershire Council was leading by example, and its website created only 0.37g of carbon per visit, cleaner than 76 per cent of other local authorities.

A brand new WECA website is going live on September 30, having been planned for a while.