"You see it and think 'poor thing' but it represents a deeper problem - this is what our activities are doing to the mammals of our environment." 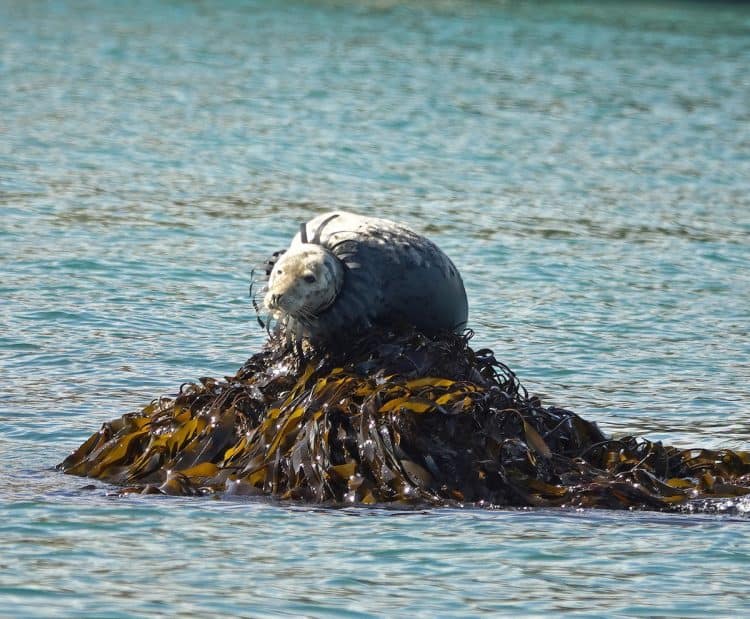 A seal spotted with a plastic crab pot stuck around its neck. Credit;SWNS

This poor seal has been spotted with a plastic crab pot stuck around its neck.

Retired conservationist Nigel Smallbones, 72, spotted the worrying sight whilst out on a wildlife boat trip along the coast of Brixham, Devon.

Nigel, who worked in conservation for more than 40 years, captured the image on Wednesday [22] after spotting the grey seal on a nearby rock, with several other seals lying nearby.

After reporting it to a local seal rescue group as well as the British Divers Marine Life Rescue, he told how the unusual image is worrying to environmental groups.

Nigel, who lives in Brixham, Devon, said: “I spotted the seal with what looked like a a funny frill around its neck – and when I looked closer I could see it was a crab or lobster pot.

“The first thing I did was call the experts so they can try and rescue the seal – but they can be very difficult to catch.

“You see it and think ‘poor thing’ but it represents a deeper problem – this is what our activities are doing to the mammals of our environment.

“It’s exceptionally sad seeing that seal and thinking ‘What’s your future? Will they be able to rescue you?’

“There isn’t currently a solution to these issues but we’re starting to look closer – we still have a long way to go, but we will get there.”

Related: Seal pup dies after mother was scared off by people wanting selfies with young animal