The worrying figures were revealed as the Fire Brigades Union warned that massive cuts had to be reversed and called the Bolton student flat blaze a 'shocking indictment of the government’s shameful inaction after Grenfell.' 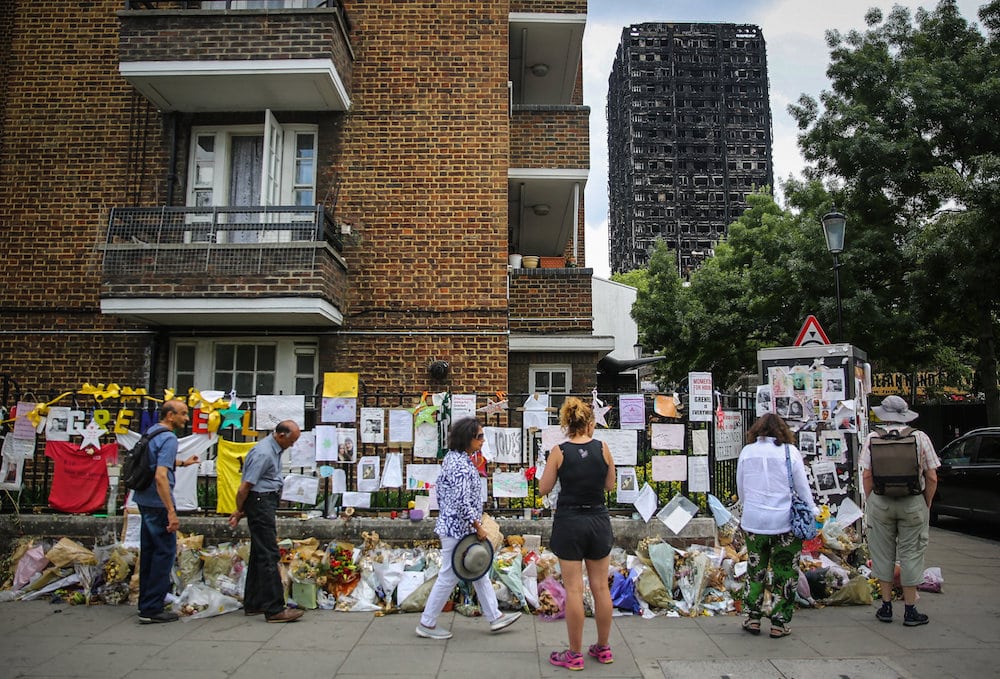 An investigation is under way into the cause of the blaze that rapidly torched student accommodation in Bolton. The spread of the fire had eerie echoes of the 2017 Grenfell Tower blaze in which 72 residents perished as the Bolton block was also covered in cladding.

It has been confirmed that the student flats did not have the same aluminium composite material (ACM) cladding that led to the deaths in the Grenfell blaze. However the Bolton block of flats where witnesses said cladding bubbled, melted and burned had been clad with a high pressure laminate (HPL) variety.

In July the government’s own experts warned HPL cladding should be removed from any high-rise over 18m tall as some types were unsafe.

Sarah Jones, Labour’s Shadow Housing Minister, responded: “It’s scandalous that ministers knew this type of cladding was lethal for over a year and failed to act. This is a new low for a Conservative party which has shown a total disregard for the safety of hundreds of thousands of tower block residents in the two years since Grenfell.

“Ministers were shown a failed fire test on HPL cladding in November 2018. Yet they have left countless residents unknowingly living in death traps for years. The Conservatives must now do what they’ve failed to for two and a half years and act to remove deadly cladding wherever it is found.

“It’s time for real change. A Labour Government will ensure nobody is left to live in flammable blocks, with a five point plan including powers for councils to confiscate blocks which aren’t made safe.”

Responding to last week’s terrible student accommodation fire in Bolton, the FIre Brigades Union has called for a complete overhaul of UK fire safety and condemned massive cuts to fire and rescue services.

Matt Wrack, FBU general secretary, said: “My congratulations go to the crews on the ground who did amazing work in incredibly difficult circumstances. This terrible fire highlights the complete failure of the UK’s fire safety system.

“It’s deeply troubling to see fire spread rapidly up a building’s exterior again – a shocking indictment of the government’s shameful inaction after Grenfell. This is not how any building should react to a fire in the 21st century, let alone a building in which people live.

“We need to end the deregulation agenda and the disastrous cuts to our fire and rescue service. It’s time for a complete overhaul of UK fire safety before it’s too late.”

It would take another 13 years to remove the deadly Grenfell-type cladding from tower blocks at the rate the Conservative government is going, according to official figures.

New statistics, out 29 months on from the tragedy, revealed that:

According to Labour’s analysis of official figures, at the current pace, the government will miss its targets for removing Grenfell style ACM cladding off tower blocks by almost a decade.

After repeated Labour pressure, the Tory government finally set targets, just before the summer recess, to see social blocks completed by the end of the year and private blocks by June 2020.

Labour has set out a five-point plan to force the pace of re-cladding on private tower blocks, including updating the sanctions available to councils under the Housing Act 2004 to include fines, followed by confiscation of blocks that still have dangerous cladding.

Earlier this year at Prime Minister’s Questions, Labour Leader Jeremy Corbyn called for a deadline of the end of the year for all dangerous cladding to be removed and replaced.

“It shames the Conservatives that two and a half years after the Grenfell Tower fire, thousands of tower block residents are still living in homes with deadly cladding.

“Jacob Rees-Mogg showed the Tories’ true colours recently when he suggested the victims of Grenfell lacked ‘common sense’ and should have escaped. The fact is, Boris Johnson’s Conservatives simply don’t seem to care.”