Did the CBI chief think his mic was off? 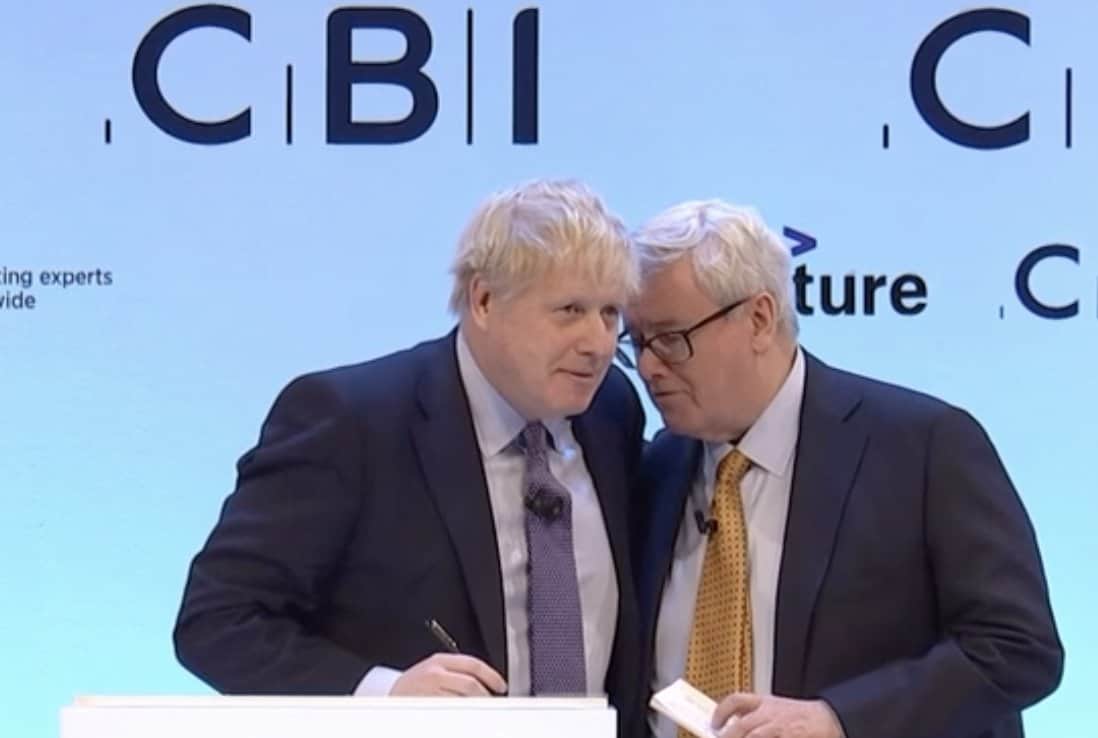 CBI president John Allan was caught whispering words of support to Boris Johnson during a live Q&A today in what seemed to be in contradiction to the message sent by the organisation’s director just moments earlier.

Carolyn Fairbairn voiced concerns about Tory immigration policies ahead of the CBI’s annual conference, saying it’s not the case that an economy simply needs the “brightest and the best to get by”.

“We need people to come and help us renew our economy.

“It’s not just brightest and best, it’s people at all skill levels across our economy that we need.”

The Prime Minister was quizzed on his points-based proposals by Sky News reporter Sam Coates, who pointed out that if the CBI think he is wrong on the biggest questions of our economy, how can he “put to bed lingering suspicions that you just think you can F business?”

This was very odd. The CBI Director General Carolyn Fairbairn just sat on stage at CBI conference and outlined her concerns about the Tory immigration plan. So I asked the PM about it …. then this happened…. https://t.co/fXWxx7OAJh

Before Johnson was able to reply CBI president Allen said:

“I don’t think we are at difference on immigration…Because we think your plan can be made to work…”, which seems to contradict the message put out by Fairbairn.

Huge moment in the General Election campaign. Watch 40 seconds in as the CBI boss, thinking his microphone is switched off?, try to help Boris Johnson answer a question. The very definition of a rigged system. pic.twitter.com/wyztJIKjqa