The conflict in Yemen has killed thousands of civilians and left millions more are on the brink of starvation. 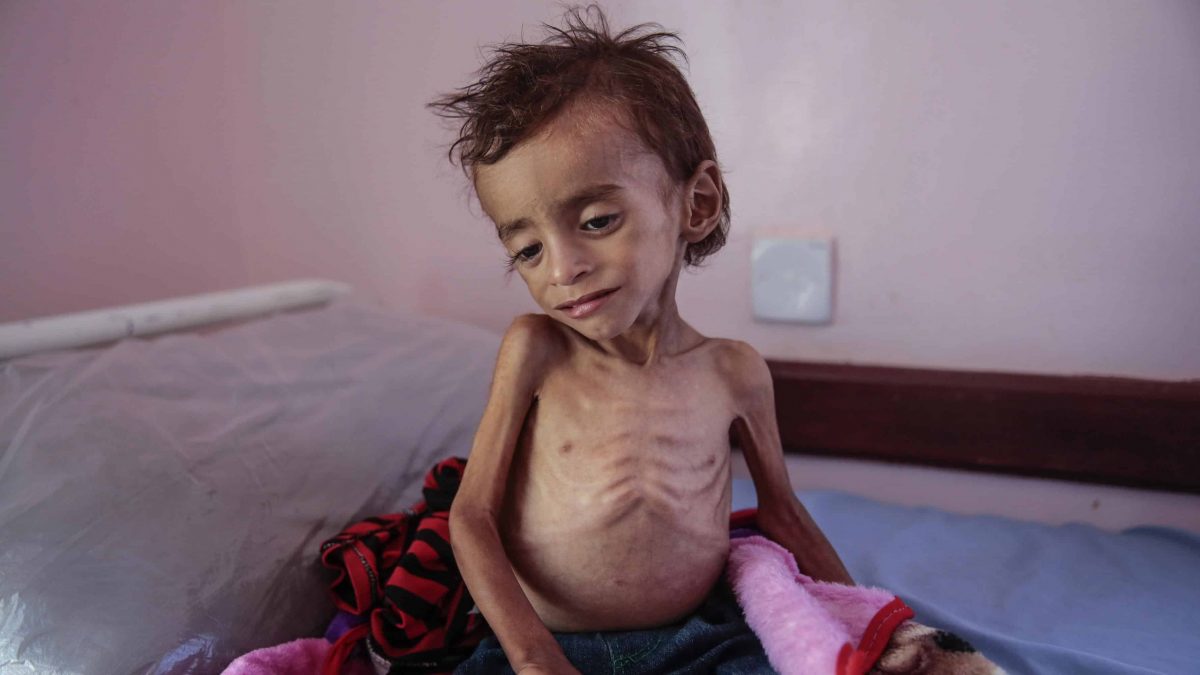 The most recent Government statistics show that the UK Government licensed £6.3 billion worth of arms to the Saudi-led Coalition in the first four years of its ongoing bombing campaign in Yemen. The figure covers the period from March 26 2015, when the bombing began, until March 26 2019.

Yemen currently has the greatest level of humanitarian needs in the world. According to a December report, nearly 16 million people don’t have enough to eat and are in urgent need of emergency assistance. The conflict has resulted in over 10,000 deaths and two million people displaced, looking for shelter from disease and violence.

According to the United Nations, the bombing has created the worst humanitarian crisis in the world. UK-made fighter jets, bombs and missiles have all played a central role in the bombing.

Since the bombing of Yemen began in March 2015, the UK has licensed the following to military forces currently engaged in the war:

The total also includes £142 million worth of arms licensed to Qatar prior to it pulling out of the Saudi-led Coalition in June 2017.

In reality the figures are likely to be a great deal higher, with most bombs and missiles used by Saudi forces being licensed via the opaque and secretive Open Licence system.

Although Britain has called on Saudi Arabia to ease the siege on Yemen and the British government allocated 4 million pounds to aid meet emergency requirements, the UK government has officially supported the Saudi-led coalition since the beginning of the conflict.

In 2015 the then Foreign Secretary, the Rt Hon Philip Hammond MP, confirmed that the Saudis were using UK-manufactured aircraft and weaponry in Yemen and set out the extent of UK support for Saudi Arabia: “We have a significant infrastructure supporting the Saudi air force generally and if we are requested to provide them with enhanced support—spare parts, maintenance, technical advice, resupply—we will seek to do so. We’ll support the Saudis in every practical way short of engaging in combat.”

However in 2018 UN experts called on the UK government to stop giving Saudi Arabia bombs to use in Yemen.

Additionally, the Mail on Sunday reported that the British Army is secretly training Saudi Arabian troops in order to fight in Yemen and UK military personnel have been teaching battlefield skills to a number of officers from the Royal Saudi Land Forces Infantry Institute.

In a 2019 Guardian article titled: “The Saudis couldn’t do it without us’: the UK’s true role in Yemen’s deadly war” journalist Arron Merat explained:””Every day Yemen is hit by British bombs – dropped by British planes that are flown by British-trained pilots and maintained and prepared inside Saudi Arabia by thousands of British contractors.”

He wrote: “Britain does not merely supply weapons for this war: it provides the personnel and expertise required to keep the war going. The British government has deployed RAF personnel to work as engineers, and to train Saudi pilots and targeteers – while an even larger role is played by BAE Systems, Britain’s biggest arms company, which the government has subcontracted to provide weapons, maintenance and engineers inside Saudi Arabia.”

This year in a documentary “Britain’s Hidden War: Channel 4 Dispatches“, a former BAE Systems worker revealed that the Royal Saudi Air Force (RSAF) would be unable to fly its fleet of Typhoon fighter jets without BAE’s support. The former BAE worker explained: “With the amount of aircraft they’ve got and the operational demands, if we weren’t there in 7 to 14 days there wouldn’t be a jet in the sky.”

The conflict in Yemen has killed thousands of civilians and left millions more are on the brink of starvation.

In June 2019 the Court of Appeal ruled that the Government has acted unlawfully when it licensed the sale of UK-made arms to Saudi forces for use in Yemen without making an assessment as to whether or not past incidents amounted to breaches of International Humanitarian Law.

The Government was ordered not to approve any new licences and to retake the decisions on extant licences in a lawful manner. It agreed not to allow new sales for use in Yemen to the 5 participating military forces that it was arming.

Jeremy Corbyn at the time told MPs there is “overwhelming evidence” that war crimes are being committed in Yemen by Saudi Arabian forces, while also “funding extremism around the world”.

The Opposition leader questioned why the UK has supplied Saudi Arabia with “deadly” weapons which which “people have been killed, and hundreds of thousands more stand on the brink of famine, of starvation and deaths from wholly preventable diseases.”

The Labour Party leader added: “Surely the Court of Appeal judgment should be a wake-up call to the Prime Minister and the Government. So instead of appealing the judgment, why not accept it and stop arms sales to Saudi Arabia now and bring about peace in the Yemen and save those lives.”

The US Senate also voted that month to block Saudi arms sales worth an estimated eight billion US dollars, though Trump insisted he would veto their decision.

Senator Bob Menendez of New Jersey, the top Democrat on the Senate Foreign Relations Committee, said: “These are bombs that we know have killed thousands of civilians in Yemen, patients in hospitals, children on school buses,” Mr Menendez said. Menendez called the humanitarian situation “an incomprehensible moral tragedy.”

While in the UK the Court of Appeal ruled that the Government “made no concluded assessments of whether the Saudi-led coalition had committed violations of international humanitarian law in the past, during the Yemen conflict, and made no attempt to do so,” the Government has been given leave to appeal against that ruling to the Supreme Court.

However in the meantime a stay on new weapons sales remains in place.

Rosa Curling, a solicitor with Leigh Day, which represents Campaign Against Arms Trade who brought the case, said: “The decision of the court to refuse a ‘stay’ is welcomed.

“This means no new licence applications can be granted by the Government pending reconsideration of whether there exists a ‘clear risk’ that exported weapons ‘might’ be used in serious violation of international humanitarian law, in line with the approach required by the Court of Appeal.”

Yet despite the Court judgement, the destruction, and the humanitarian crisis, the UK Government has invited the Saudi military and the other Coalition member to London next month for the DSEI arms fair, one of the biggest arms fairs in the world.

Andrew Smith of Campaign Against Arms Trade said: “Thousands of people have been killed in the Saudi-led bombardment of Yemen, but that has done nothing to deter the arms dealers. The bombing has created the worst humanitarian crisis in the world, and it wouldn’t have been possible without the complicity and support of Downing Street. These arms sales are immoral and illegal.

“It is disgraceful that the Government has invited the Saudi military and other Coalition members to London to buy even more weapons. This only goes to show that no matter how dire the humanitarian crisis in Yemen has become, the Government will continue to prioritise arms sales over the rights and lives of Yemeni people.”