By Joe Mellor, Deputy Editor A report says cutting huge salaries would not hurt the economy as analysis reveals top CEOs earn on average £4.6m per annum. The groundbreaking study by top headhunters has shown that Britain’s chief executives are grossly overpaid, and there would be little impact on the economy if their salaries were […] 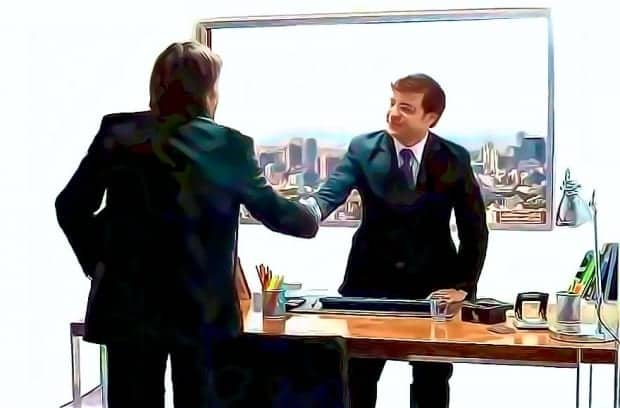 A report says cutting huge salaries would not hurt the economy as analysis reveals top CEOs earn on average £4.6m per annum.

The groundbreaking study by top headhunters has shown that Britain’s chief executives are grossly overpaid, and there would be little impact on the economy if their salaries were cut, which disproves the fear of a “brain drain,” if pay were to be slashed.

The report by the London School of Economics report bring shame on the state of executive pay, and follows on from analysis of FTSE 100 company accounts, which show the average pay package of a top CEO is £4.6m a year.

During interviews with the industry leading international recruitment firms, the consensus was that levels of remuneration for the most senior executives are “absurdly high”.

For every CEO appointment, another 100 people could have filled the roles easily, and a lot of those chosen for top jobs were “medicore”

However, it is unlikely a chief executive would say they were willing to work for less, as it would amount to career suicide; Turkeys don’t vote Christmas.

The study reports: “If one were to offer to do the job for less, would that tip the decision in his or her favour? All the headhunters agreed that this would be a poor strategy.

“Indeed, it might be that asking for a larger remuneration would have a positive effect in securing the appointment.”

“There was almost universal agreement among the search firms that levels of remuneration for CEOs in large UK non-financial firms was absurdly high.”

It was reported that one of the headhunters said: “I think there are an awful lot of FTSE 100 CEOs who are pretty mediocre.” Another added: “I think that the wage drift over the past 10 years, or the salary drift, has been inexcusable, incomprehensible, and it is very serious for the social fabric of the country.”

Max Steuer, reader emeritus at the LSE and author of the new research paper, Headhunter Methods for CEO Selection, published in the Journal of General Management, said that lower pay would not see a “brain drain”, as has been claimed.

He said: “In Denmark and other continental countries, the CEOs don’t get this high pay but they don’t seem to leave. The idea that if their pay were lower, British executives could show up in New York and say we would like to have your jobs, is a little implausible. I think the best way of thinking about it is that performance plays very little role in the selection process. Contrary to people saying these chief executives are ‘unusually able’, we don’t find any evidence of that.

“I am a great defender of capitalism and the market and what worries me about all this is that it threatens to erode the market.”

Morrisons’ CEO Dalton Philips almost doubled his pay to £2.1m the year before he was sacked, while Tesco chief Dave Lewis received £4.1m – verging on three times what was paid to his predecessor.

Stefan Stern, director of the High Pay Centre, said: “There is much less of a ‘global market’ than people claim. The problem here is really systemic. It’s not just the headhunters’ fault. Institutional investors, company remuneration committees, pay consultancies and CEOs themselves could all show greater restraint.

“Having employee representatives involved in this process could help. Some top bosses, it seems, are keen to manage all their costs – except the cost of employing them.”