Lawyers acting for Robinson claimed that video footage appearing to show him punching an England football fan was ‘unreliable and unfair’. 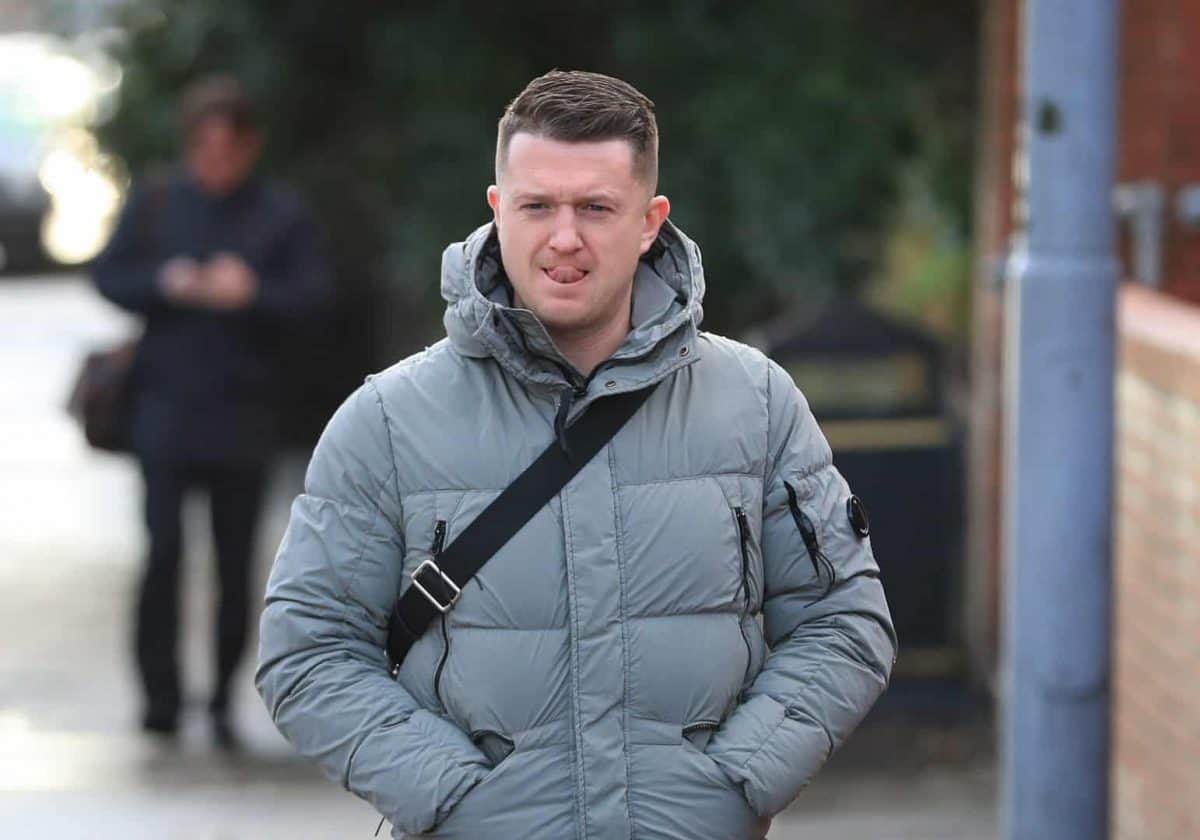 Video footage of former English Defence League leader Tommy Robinson, including a clip appearing to show him attacking a man outside a stadium, is admissible as evidence in a case attempting to ban him from England football matches, a district judge has ruled.

Bedfordshire Police are working with the UK Football Policing Unit in an attempt to hand Robinson, 37, a football banning order. The order would see Robinson, whose real name is Stephen Yaxley-Lennon, barred from attending England games in the UK and abroad.

Lawyers acting for Robinson claimed that video footage relied on by the police was “unreliable and unfair” and should be excluded as evidence in the case.

Scott Ivill, representing Robinson, told Luton Magistrates’ Court on Friday it was not possible to tell if the videos had been tampered with.

He added: “My submission is that the material that is being relied upon should be excluded as unreliable and unfair on the basis there is no confirmation that proper procedures were followed in the production of this evidence.

“It has not been shown the material is genuine. It is not possible to tell if it has been tampered with. It is my submission that this material falls short of what would be considered reliable evidence.”

But Simon Jones, representing the police, said this was a “dangerous” argument because courts across the country use video evidence every day.

He added: “Is the court really being asked to exclude evidence on the basis that footage might be manipulated? If that’s right then that in my submission is a very dangerous argument.”

District Judge Sally Fudge ruled that all four sets of clips were admissible. The clips included footage appearing to show Robinson punching a man outside a football stadium in Portugal and of him appearing to assault a man at Ascot, the district judge said.

The court previously heard Robinson was caught on camera “swinging” at a man who was knocked to the ground ahead of England’s 3-1 defeat to the Netherlands in the Portuguese city of Guimaraes in the Nations League semi-final on Thursday June 6.

After the incident in Portugal, which was widely circulated on social media, Robinson claimed he was acting in self-defence. The civil case is seeking a banning order under the Football Spectators Act 1989. The full hearing is set for March 24.