Increased energy bills, even with the new support from the Government, will push four million households into fuel poverty. 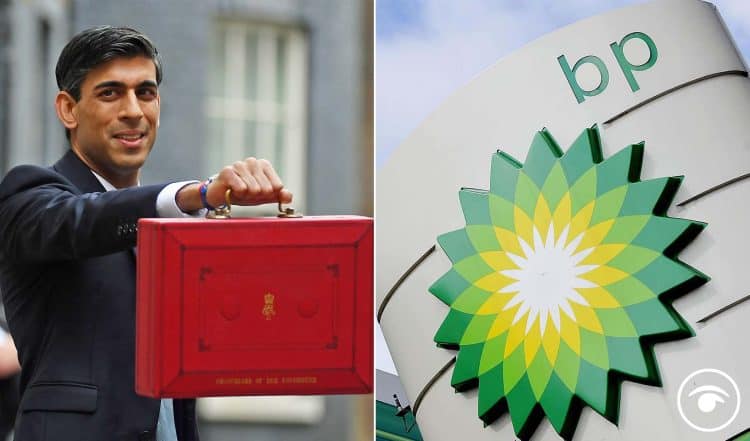 The cost of living crisis was laid bare last week as the Chancellor was forced to step in to offset a nearly £700 spike in energy bills, while the Bank of England warned inflation would hit its highest point in more than three decades.

Energy bills are set to soar by 54% for 22 million households from the beginning of April, adding £693 to the annual bills of a typical household.

Meanwhile, inflation is set to hit an eye-watering 7.25% in April, according to new Bank of England forecasts released last week.

Increased energy bills, even with the new support from the Government, will push four million households into fuel poverty – double the current amount, according to the Resolution Foundation think-tank.

With that in mind Oil giant British Petroleum might have benefited more than 30-fold increase in its profit in the closing months of last year.

The oil giant is expected to report an underlying replacement cost profit – its preferred measure – of around £2.9bn. It’s a rise from £84.6m in the same quarter a year earlier.

There is growing support for a windfall tax on oil and gas profits. but Rishi Sunak has rejected the idea.

Sunak said the idea of a windfall tax sounded “superficially appealing,” but it would ultimately deter investment.

He added that it would not be sustainable to hold the price of energy at “artificially low” levels and accused Labour of “political opportunism.”

“For me to stand here and pretend we don’t have to adjust to paying higher prices would be wrong and dishonest,” Sunak said. “But what we can do is take the sting out of a significant price shock for millions of families by making sure that increase in prices is smaller initially and spread over a longer period.”

However Richard Burgon MP, wrote: “Gas and oil giants are making £77 MILLION in profits every day. A Windfall Tax on these mega-profits could mean not a single person has to face fuel poverty. The Tories have a choice – but they’re choosing to put corporate profits ahead of the interests of millions of people.”

This is pretty amazing. Jeremy Kyle being totally convinced by @tessakhan of why we need a windfall tax on big oil companies like Shell who reported £14 bn in profits today

Related: Revealed: Full list of MPs who voted to give bankers a multi-billion tax cut