Fatalities as caravan drives wrong way up the M40 between Watlington and Oxford. 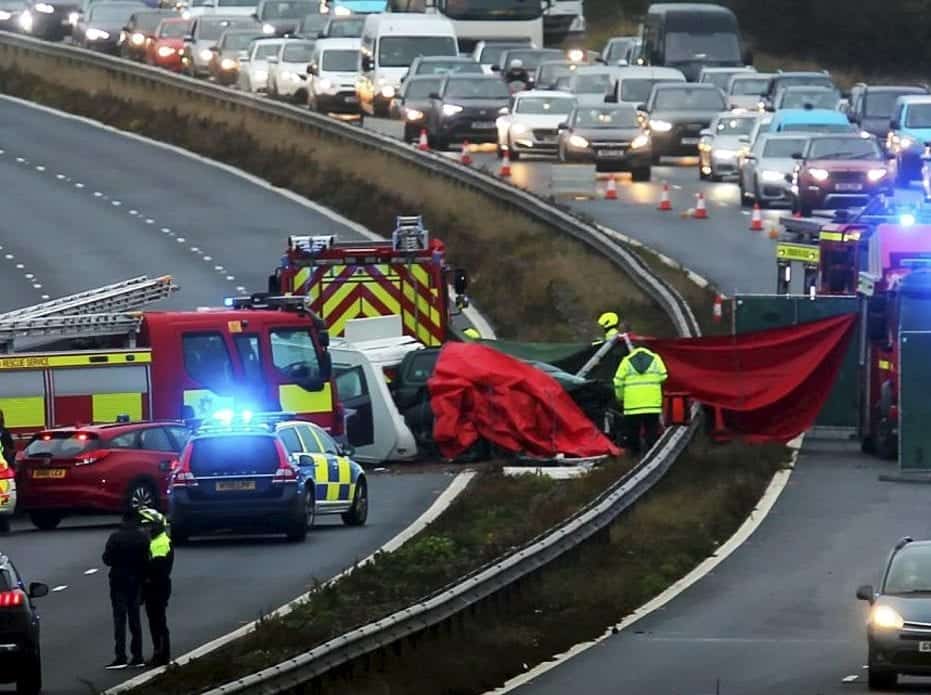 Three people have died after a car towing a caravan crashed into two cars while driving the wrong way on the M40.

It was travelling south on the northbound carriageway when it crashed at 4pm yesterday.

The driver and passenger in the Subaru, both in their 80s, and the driver of the Ford Mondeo died from injuries caused from the collision. No-one else had been injured in the crash, according to local emergency services.

The incident occurred between junction 6 for Watlington and junction 8A for Oxford.

Sgt Beth Walton added: “We are in the early stages of the investigation, in which sadly three people died and our thoughts are with their families.

“We are in the process of contacting witnesses who provided a report to us and are grateful for their support.”