Thousands of pigs could be destroyed because there are no workers to take them to slaughter. 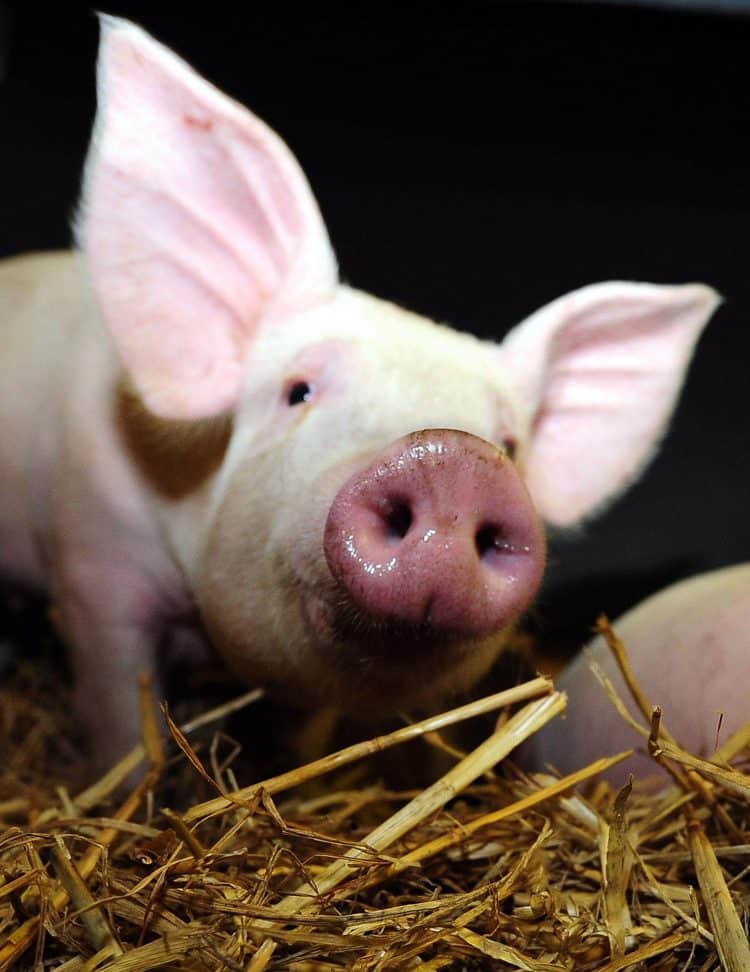 Embargoed to 0001 Wednesday November 16 File photo dated 28/07/10 of a pig as a study has shown they have personalities that can be trough half-full or trough half-empty.

Britain’s embattled food and drink industry is urging the government to introduce a “Covid-19 recovery visa” to recruit overseas workers to ease supply chain disruption, amid warnings that healthy pigs may have to be culled because of labour shortages.

A number of trade associations – including the National Farmers Union and the Food and Drink Federation – have sent a report to the government, calling on ministers to act to ensure the viability of Britain’s food supply.

The groups are proposing a special one year visa, which would allow foreign workers to be recruited for jobs like HGV drivers and fruit-pickers.

Tom Bradshaw, vice president of the National Farmers Union (NFU) said: “Businesses throughout the supply chain in a wide variety of roles are really feeling the impacts of the workforce shortages”.

He added: “A short term Covid recovery visa, alongside a permanent seasonal workers scheme, would be an effective and, frankly, vital route to help the pressing needs of the industry today. It would also give us time to invest in the skills and recruitment of our domestic workforce, helping to provide long-term stability”.

Ian Wright, chief executive of the Food and Drink Federation (FDF) said: “Without fast action the labour challenges will continue. If they do, we can expect unwelcome consequences such as reduced choice and availability for consumers, increased prices, and reduced growth across the domestic food chain.”

The report comes amid warnings from the National Pig Association (NPA) that as many as 70,000 pigs that should have already been slaughtered are stuck on UK farms.

The excess number of pigs on British farms is growing by 15,000 each week, the NPA said, with roughly a quarter fewer than usual leaving for slaughter.

Animals ready for slaughter but stuck on farms cause financial issues for farmers, as they require feeding and housing – and many are already becoming too large for a slaughterhouse to handle.

“For the second time in under a year the pig sector is facing some really tough choices, which we shouldn’t have to be taking, as demand for British pork is still strong,” Zoe Davies, the chief executive of the NPA, told The Guardian.

“If government doesn’t take action, perfectly healthy pigs will end up being destroyed and wasted and more pork will have to be imported from the EU.”

Davies said farmers were struggling to find space for the surplus animals. “I am getting calls every day from members saying we are in a mess,” she said.

“People are using cattle sheds, temporary accommodation outdoors, anything they can do to alleviate the pressure on farm, but there just doesn’t seem to be an end”.