Sir Ed Davey said serious questions needed to be asked about the US and UK withdrawal. 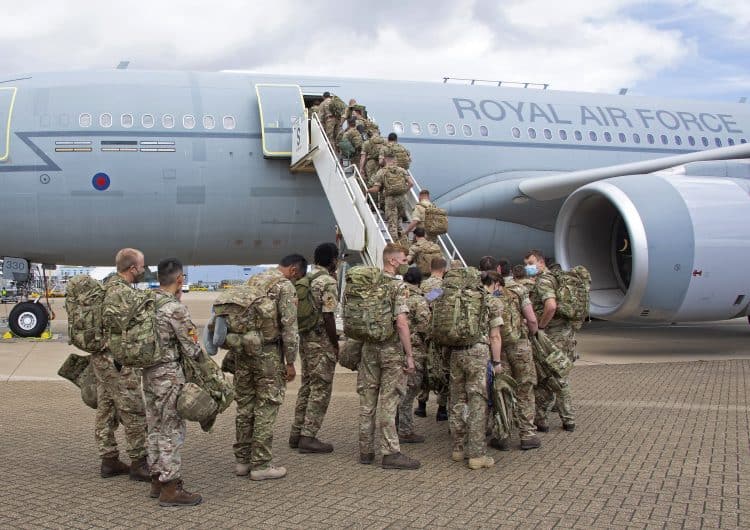 Handout photo 14/08/21 issued by the Ministry of Defence (MoD) of UK military personnel prior to boarding an RAF Voyager aircraft at RAF Brize Norton in Oxfordshire, as part of a 600-strong UK-force sent to assist with the operation to rescue British nationals in Afghanistan. Issue date: Sunday August 15, 2021.

The Liberal Democrats are calling for an immediate inquiry into the withdrawal and evacuation from Afghanistan.

The party’s leader, Sir Ed Davey MP, said that “serious questions” need to be asked to determine who in Government “is to blame for what has turned into an unmitigated disaster”.

Defence Secretary Ben Wallace said on Friday morning that the evacuation has entered its final hours, as the August 31 deadline set by the US approaches.

Western forces and Afghans were attacked by terrorists at the airport on Thursday.

Officials said at least 13 US troops and 60 Afghan nationals were killed and more than 150 people were injured in a “complex attack”.

Both the US and UK have pledged to finish the evacuation mission.

Sir Ed said: “As the last UK flight leaves Kabul, it’s alarmingly clear that our withdrawal from Afghanistan will go down in history as one of the worst UK foreign policy disasters.

“With thousands of Afghans who supported us now trapped under the brutal Taliban regime, serious questions need to be answered about why things turned out the way they did and what could’ve been done differently.

“Why did we wait so long to start evacuating interpreters?

“Why did the Foreign Secretary go on holiday as the Taliban advance began?

“And how did UK intelligence get the situation so badly wrong?

“We need a short inquiry now to answer these questions and determine the facts.

“Only then can ministers be held accountable for their fateful decisions which have resulted in thousands being left fearing for their lives.

“We also must hear from the Prime Minister about how the UK Government plans to assist those stranded in Afghanistan going forward.”

In a letter to Boris Johnson, the Lib Dem leader called on the Prime Minister “immediately to initiate a short inquiry into our withdrawal from Afghanistan”, which he said should cover the time from the US president announcing the withdrawal timetable in April to the evacuation effort in Kabul.

“It is absolutely right that ministers, including yourself, should give written and oral evidence to such an inquiry.

“We must establish the facts and determine who in Government is to blame for what has turned into an unmitigated disaster,” Sir Ed said.

He also called for greater clarity on how many people have been left behind in Afghanistan, and urged the Prime Minister to “initiate a judge-led public inquiry into our involvement in Afghanistan, on a longer basis”.

A Government spokesperson said: “Our top priority right now is to focus efforts on evacuating our at-risk personnel and the Afghans who have helped us.

“There will then be time for reflection and to carefully consider the events that have unfolded.”

Related: Infections up across UK as bank holiday bonanza looms