Some protestors were seen wearing yellow stars, an apparent reference to the symbols Jews were forced to wear in Nazi Germany – something described by Dr Verma as “very upsetting”. 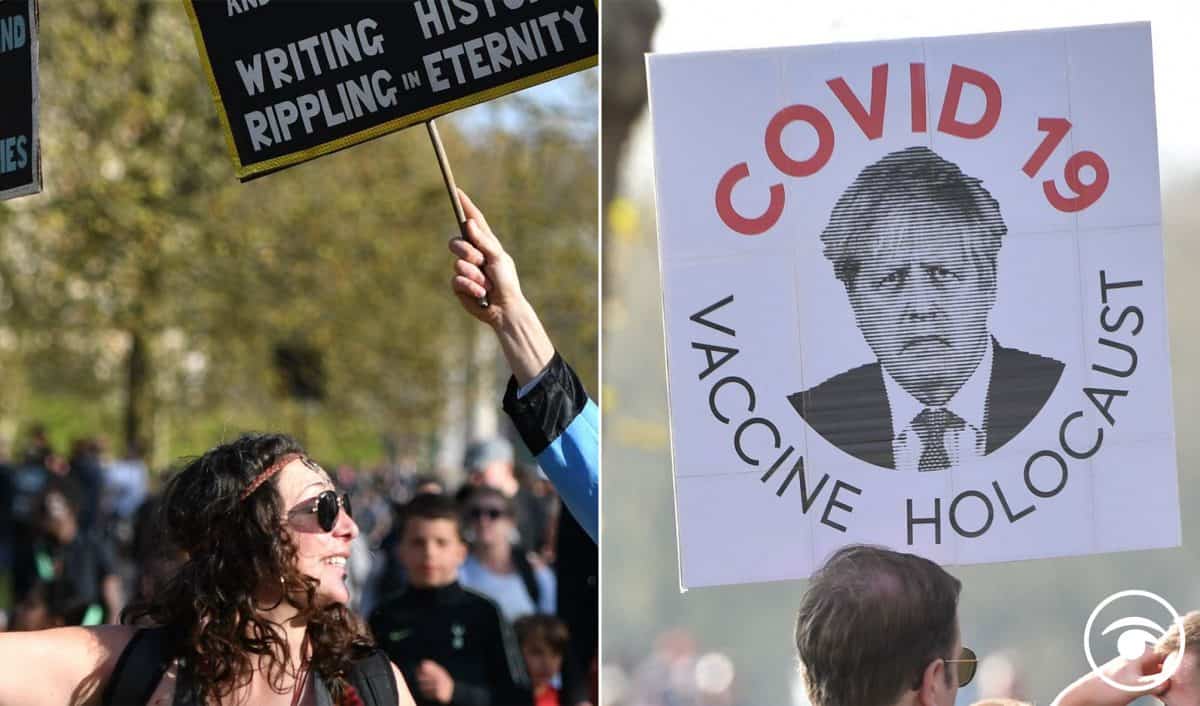 The sight of people gathering for large-scale lockdown protests has been described as “shocking” and “disappointing” by NHS workers.

Two police officers were taken to hospital after protesters gathered in Hyde Park and marched down Oxford Street in London on Saturday.

The protest came on the day the Government announced more than half of the UK’s population had received their first dose of a Covid-19 vaccine, and with restrictions slowly being lifted.

In response Eric Feigl-Ding,Epidemiologist & Health Economist, Tweeted: “While people die by the tens thousands in a former colony (India), anti-mask/lockdown & #COVID-deniers in London protest selfishly & shamelessly, while NHS staff watch in utter horror. If you will stand w/ NHS staff, use hashtag #IstandwithNHSstaff“

While people die by the tens thousands in a former colony (India ??), anti-mask/lockdown & #COVID-deniers in London ?? protest selfishly & shamelessly, while NHS staff watch in utter horror.

If you will stand w/ NHS staff, use hashtag #IstandwithNHSstaff pic.twitter.com/fmeGLT0Txr