A Tory MP had said: "I've made this point in Parliament 3 times during the last week. The only way we can fully take back control of our immigration policy is by scrapping the ridiculous Human Rights Act." 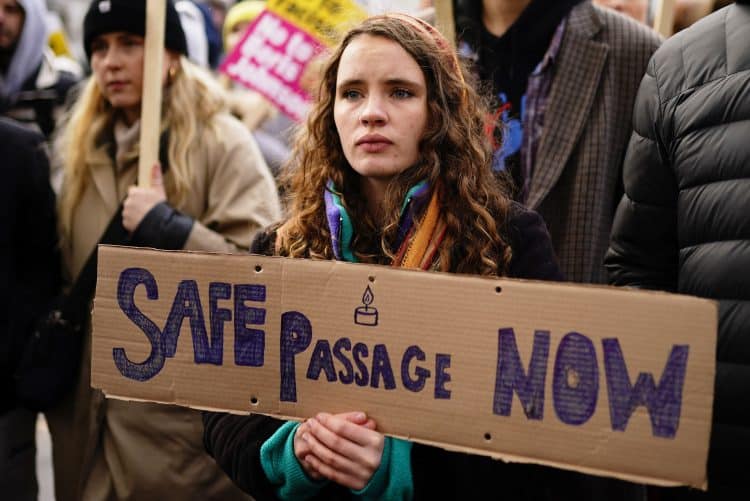 The Government appears to be pressing ahead with plans to scrap the Human Rights Act in an attempt to control the UK’s borders.

It comes as Home Secretary Priti Patel has warned that failing to increase co-operation with Europe could cause “even worse scenes” in the Channel this winter than the capsizing that killed 27 people.

She vowed to “continue to push” for improvement next week, despite being disinvited by the French from a meeting of European colleagues to tackle the migration crisis.

Last week Tory MP Scott Benton tweeted: “I’ve made this point in Parliament 3 times during the last week. The only way we can fully take back control of our immigration policy is by scrapping the ridiculous Human Rights Act.”

Right wing media outlets seem very keen on the idea, one example can be seen from an article titled “Boris Johnson planning to SCRAP Human Rights Act” Reform needed – “The Human Rights Act has been identified as one of the main obstacles to tackling the migrant crisis because it is used by activist leftwing lawyers to prevent deportations and force the Government to provide accommodation and spending money to illegal migrants.”

However it comes as Border Force staff have joined the legal fight to stop Priti Patel from “pushing back” migrant boats in the Channel, branding the government’s plan “cruel and inhumane”, reports the Independent.

Mark Serwotka, general secretary of PCS, said: “The Pushback policy being pursued by the Home Secretary is unlawful, unworkable and above all morally reprehensible.

“Our border force members are aghast at the thought they will be forced to implement such a cruel and inhumane policy.

“Migrants who are trying to reach this country should be allowed to so via safe routes so that their claims can be assessed here.“

In response to Benton’s comments Hannah Rose Woods tweeted: “Sorry about the red tape getting in the way of your inhumanity, but that’s what it’s specifically there for.”