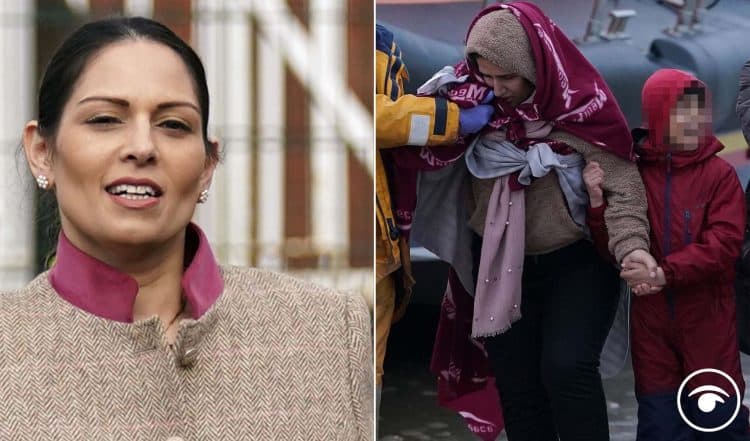 Priti Patel has discussed Channel boat crossings with the Dutch migration minister as she said she will hold “urgent talks” with her European counterparts this week. Her policy has been dismantled by Lord Dubs on social media, which is covered further down the article.

The Home Secretary spoke with Ankie Broekers-Knol during a phone call on Sunday morning, with both agreeing over the need for countries to work together following the capsizing that killed 27 people.

Ms Patel also said it was “unfortunate” she could not be present as interior ministers from France, the Netherlands, Belgium and the European Commission were meeting in Calais on Sunday to discuss small boat crossings.

Lord Dubs, who fled the Nazis as a child on the Kindertransport scheme, said: “I do not see refugees coming here and fleeing for safety as a terrorist threat to this country.

­­­­­­The chances of there being no sleeper terrorist among the thousands of migrants arriving in the UK by small boats is “nil”, it has been warned in Parliament.

The danger to UK security posed by the Channel crossings was raised at Westminster by former Labour MP Baroness Hoey.

Also here is his views on Patel herself, he wrote: “It is very disappointing indeed that we have a Home Secretary who herself is a child of people some of us argued for and fought for, that they should have a right to come here. It’s ironic that she’s trying to pull up the drawbridge now that she’s here”