"Zac Goldsmith 🤣😂That part made me squeal!" Wrote one person who watched the clip. 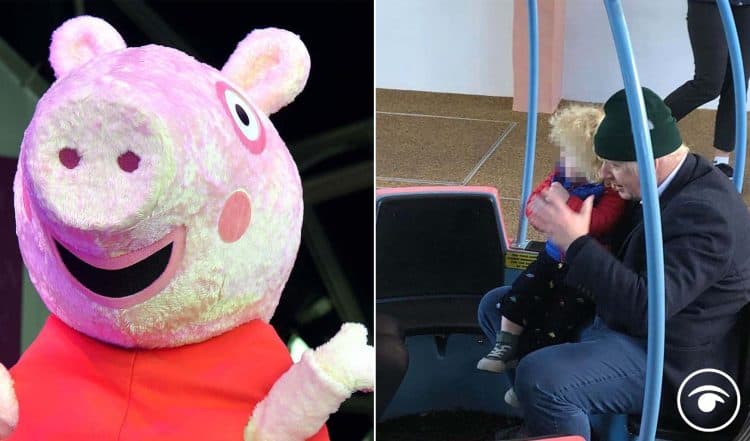 A visitor who sat behind Boris Johnson on a ride at Peppa Pig World on Sunday has said “not many people” recognised the Prime Minister, but one ’employee’ did, but we will get to her soon…

Mr Johnson’s trip to the amusement park has come under the spotlight after he spoke about it during a chaotic speech to business leaders on Monday, describing it as “my kind of place”.

Farhadul Azhar Tipu, 33, from Hertfordshire, was visiting the Hampshire attraction with his four-year-old daughter when they spotted the Prime Minister with his wife, Carrie, and one-year-old son, Wilfred.

“We were literally behind them on the ride,” Mr Tipu told the PA news agency.

“My daughter didn’t know who he was, she was just happy to be in Peppa Pig World.”

Well comedian Rosie Holt was ‘interviewed’ about the visit (no she doesn’t really work there) and it is very funny and has gone viral, as many of her clips do.

It seems quite a few people actually thought this was a real interview!

Over to you Rosie.