This Monday November 12, the eighth year of Wrap Up kicks off at locations across the capital – as well as other British cities – see below. The scheme is to combat the suffering of rough sleepers, homeless people and refugees as temperatures plummet, with over one homeless person dying each day on average over the […]

by Ben Gelblum
in Fashion, Good News, Must Reads, News 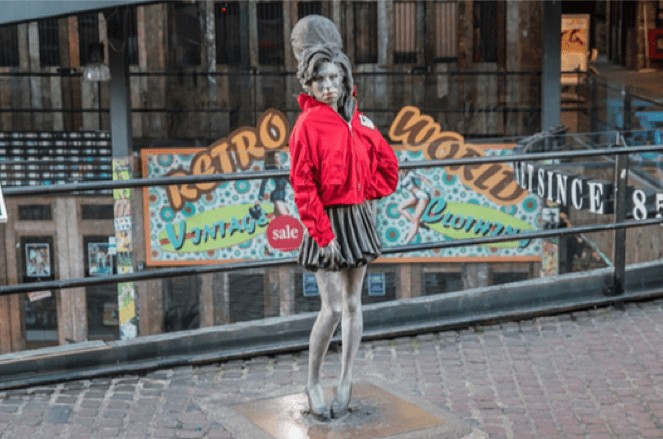 This Monday November 12, the eighth year of Wrap Up kicks off at locations across the capital – as well as other British cities – see below.

The scheme is to combat the suffering of rough sleepers, homeless people and refugees as temperatures plummet, with over one homeless person dying each day on average over the past year.

In 2017, generous Londoners donated over 20,000 coats via collections at tube stations, schools, places of worship and over 100 companies, which were redistributed to local community groups, supporting the homeless, refugees, the elderly and people fleeing domestic violence.

“Each year, the crisis in our cities increases. Recent research by the Bureau of Investigative Journalism showed that at least 449 homeless people have died in the UK over the past 12 months – more than one a day,” explained Hands on London CEO Jon Meech.

“And this figure is likely to be a substantial underestimate as no official organisation counts homeless deaths in Britain. We have a huge demand for coats, especially for men.

“However, this is not just about those sleeping on our streets at night; the crisis is closer to us than we think. We received requests last year for more children’s coats as in some areas there are children going to school in the winter months wearing just a shirt or jumper. These children should have something as basic as a coat.”

Over 100 groups have benefited to date, while the Wrap Up Family has grown to encompass Manchester, Birmingham and Glasgow, with Newport and Lancashire are coming on board for 2018.

Hands On London founder Elizabeth Grier added:
“I am delighted that this year we continue to widen our Wrap Up campaign to more cities across the UK so we can help even more people stay warm this winter. Especially at a time where the country seems to be more divided, this campaign unites us all towards one goal, which is to reduce the number of vulnerable people without a coat.

“It also showcases the power of action and commitment as this is a huge volunteer-led campaign. Volunteer time is spent collecting coats at nominated stations across the capital and then days sorting and redistributing them. Wrap Up London is one of London’s most successful volunteer-led campaigns, with a record number of over 1,000 wonderful volunteers supporting it in 2017.”

Last year saw London statues dressed in coats and scarves as part of the awareness drive.

Where can we find out more?

Where can we drop coats in London to help the homeless?

Monday 12th – Wednesday 14th November (7am – 11am). Look for signs throughout the six stations and keep checking @WrapUpLondon to find out more information on the day.

Bottom of the main escalators into the station (opposite Reuters), in front of a pillar.

North entrance to the tube station off Pancras Road, in the Northern Ticket Hall.

Inside the London Underground entrance next to Costa Coffee and behind the NatWest ATMs. (Closest entrance on Liverpool Street)

By the main pillar in the middle of the tube station foyer,  opposite the Jubilee Line gates.

At the entrance to the Jubilee line off Waterloo Road or down the escalator opposite platform 5 in the main station. Take a left and it’s by Lola’s Cupcakes.