The emotional video message was projected on to the Kent landmark which provided a welcoming sight for soldiers returning from Dunkirk in 1940. 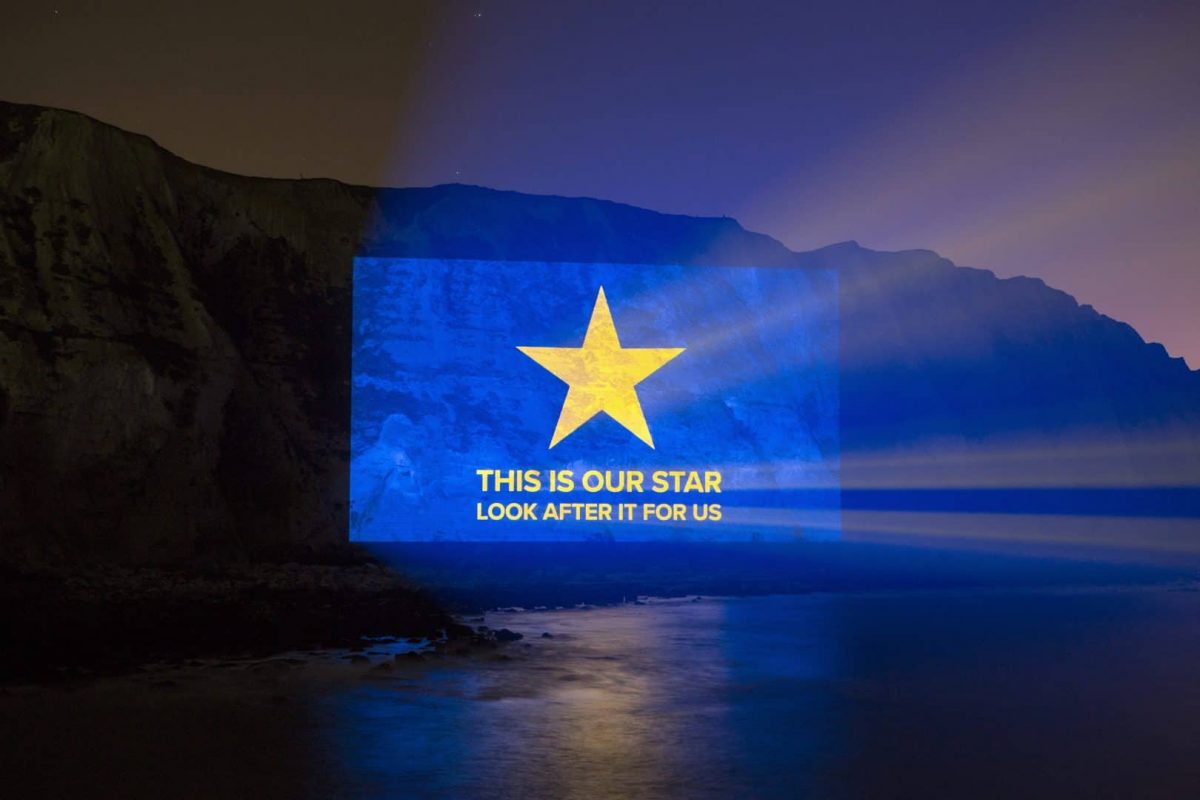 A love letter from two Second World War veterans to the EU has been beamed on to the White Cliffs of Dover on Brexit Day.

The Kent landmark was lit up early on Friday by the faces of Stephen Goodall and Sidney “Sid” Daw, who lamented the UK’s imminent departure from the Union in an emotional video.

The message was projected on to the same stretch of coastline that provided a welcoming sight for soldiers returning from Dunkirk in 1940.

After the touching words from the two veterans, the video ends with the stars on the EU flag slowly disappearing.

With just one star remaining, the line reads: “This is our star. Look after it for us.”

The video was the brainchild of Led By Donkeys, a group of four activist fathers famed for their giant billboards of politicians’ tweets.

In the tribute – also translated into French and German – Mr Goodall spoke of his sadness about Brexit.

The 97-year-old, who served in the Army for 32 years, said: “I feel really depressed at the idea that we are leaving Europe because it has meant so much to me.

“I like to be called a European. And the feeling that one has of comradeship as one goes round Europe is really quite something.”

The message was shown just after midnight on Friday so as to be seen on Brexit Day itself.

Mr Daw, 95, fought in France, Holland, Belgium and Germany during the war.

He said: “I feel very, very sad about it all because we don’t know which way things are going.”

Appealing to fellow Europeans on the Continent, he said: “Look from your side to this side, see these white cliffs, and we’re looking across at you feeling we want to be together and we will be together before long, I’m sure.”

Ben Stewart, 45, one of the organisers from Led By Donkeys, told the PA news agency that the group wanted to do something to mark the day.

He said: “It was a real honour to put their words up there.

“There seems no better choice of people for the nation that we are than Steve and Sid.”