The hive maintained by local residents in a community-owned "secret garden allotment" in South London. 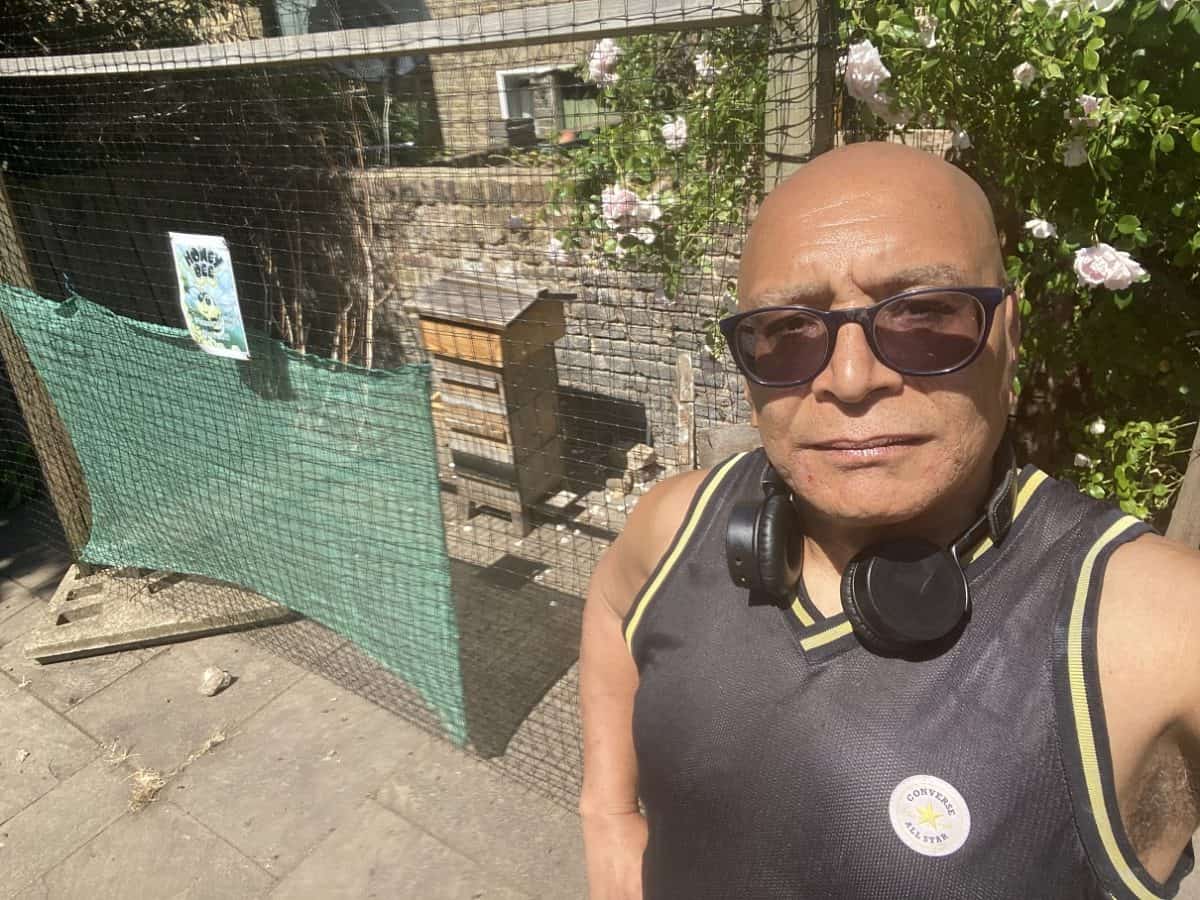 Lee Jasper stands next to the community beehive

Mr Jasper served as Senior Policy Advisor on Equalities from 2004-2008 for then Mayor of London Ken Livingston. He told The London Economic: “We’ve carefully nurtured our hive over the last couple of years, and our bees are such a central part of our community garden.

“Now, as a result of some selfish b*stard, over 30,000 bees are dead. I just can’t understand some people, the whole incident has saddened my day.”

Water poured down the hive

The deceased bees were discovered on Sunday morning by community members who found water had been poured down the hive to “presumably dampen and douse the bees in an attempt to reach the honey,” said Mr Jasper.

He added: “I’ve never heard of water being poured in this way, but dousing them led the queen to leave the hive and a lot of bees to tragically lose their lives.

“One would normally smoke them out so it’s obvious that whoever did this, doesn’t know a damn thing about bees.”

Despite the ordeal, he said the community is relieved to know that the queen bee lives and has retreated to her hive.

He added: “Our community really respects the bees. They are crucial to the survival of entire ecosystems and are so important for humans who depend on them to pollinate our fruits, vegetables and crops. We would quite literally starve without bees in our world.”

The hive takes pride of place in a community-owned “secret garden allotment” situated between Stockwell and Brixton in London.

Mr Jasper said the allotment is a formerly abandoned piece of land that was “reclaimed” seven years ago by local community members who have private access to it because they live in homes with gardens that back onto it.

“I joined other leading community members, and together, we opened the space and redeveloped it. It’s now a thriving community hub and beautiful garden for our beehive and for lovely roses, plants and tulips, you name it.”

But he said no one knew who was responsible for the crime and it was difficult to speculate why. “All I can say is that it’s a very sad thing to see for our community.”

Mr Jasper added that police were not informed about the situation because “in the grand scheme of things, they’ve obviously got a lot of things to deal with right now.”

Furthermore, he said there is “no forensic evidence either,” however CCTV will be installed as a deterrent for anyone planning to approach the hive again.

About the future of the hive, he added: “If something happened to the queen bee, that would have been the end of the hive.

“But we are feeling slightly optimistic and a little bit relieved by her royal return. And given the floral density of our secret garden, we’re hoping the surviving bees will happily repopulate it once again.”