By Ben Ramanauskas       On the 28th January 1953, 19-year-old Derek Bentley was executed by the State. Despite desperate appeals for clemency from his barrister, politicians, and members of the public, he was hanged at 9am at Wandsworth Prison, London. Bentley had struggled throughout his life with developmental problems and various tests revealed that he had […] 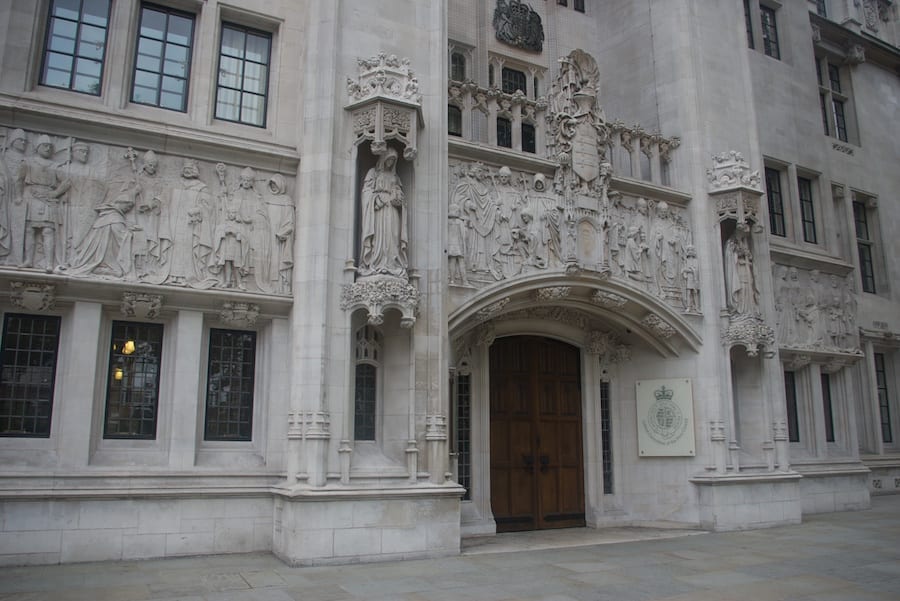 On the 28th January 1953, 19-year-old Derek Bentley was executed by the State. Despite desperate appeals for clemency from his barrister, politicians, and members of the public, he was hanged at 9am at Wandsworth Prison, London. Bentley had struggled throughout his life with developmental problems and various tests revealed that he had a very low IQ and was judged to be ‘mentally substandard’ and unfit for military service by the the Medical Officers of the British Armed Services. Despite being young and clearly suffering from various developmental problems, the State still saw fit to execute him.

However, the most egregious part of this whole sorry affair was not the fact that the State executed a young man who was severely mentally deficient, rather it was the law itself. Bentley was convicted for the murder of a policeman during a bungled burglary. Although it was Bentley’s accomplice, Christopher Craig, who fired the fatal shot, Bentley was found guilty of murder under the legal principle of joint enterprise. In English law, the evidence rules in joint enterprise cases have resulted in people who may only have played a minor role, being convicted of for murder. For decades this has given the State a huge advantage in criminal trials and enabled them to successfully convict it’s citizens of the most heinous of crimes.

The law on joint enterprise has gained further notoriety in recent years as the English courts have seen a rise in the number of gang related homicide cases. As a result of the law relating to joint enterprise, there has been a disproportionately high number of young black men and teenagers being convicted of serious crimes such as murder. This has been highlighted by a recent report by the Justice Select Committee of the House of Commons which found that, 37.2% of those serving long terms for joint enterprise offences were black – 11 times the proportion in the general population and almost three times as many as in the overall prison population. The report found that, “The low threshold of culpability for secondary participants is behind the sense of injustice harboured by many of those convicted of murder under the doctrine”.

Furthermore, the joint enterprise rules have assisted the State in gaining convictions in high profile cases where the was huge public interest. For example, the State obtained convictions in the Stephen Lawrence and Ben Kinsella cases. In addition- as the required levels of culpability have been so low- the State has obtained convictions of very tenuous grounds. For example, the partially blind Jordan Cunliffe, was convicted of murder under the joint enterprise rules. According to his legal team he was convicted on the sole ground that his testimony contradicted the claims of the prosecution. This is hardly surprising given the fact that he is partially blind meaning that he could not see where he was and, as a result, was speaking truthfully in court.

Over the past decade, the UK has also witnessed a dramatic increase in the number of children being charged and convicted of the most heinous of offences, including murder, under the principle of joint enterprise, which means that they did not even have to intend an offence to happen to be found guilty of it. This has resulted in numerous miscarriages of justice – with vulnerable and learning-disabled children being incarcerated for crimes that they did not intend to happen nor were they directly involved in. As a result of the joint enterprise rules, secondary parties have found themselves overly-criminalised and so a high proportion of children and ethnic minorities have found themselves facing lengthy prison sentences.

The law on joint enterprise is an affront to justice. It have resulted in hundreds of people being wrongly convicted of the most serious of crimes. It has drastically increased the prison population and exacerbated racial inequality. It has posed a serious threat to liberty in British society and the freedoms of individual liberties.

Thankfully, the Supreme Court of the United Kingdom- the highest court in the land- ruled on Thursday 18 February that the joint enterprise law has been wrongly interpreted for the past 30 years. In a unanimous decision in the appeal of R v. Jogee, the Justices declared that a key test imposed by judges in relation to joint enterprise cases- where the defendant acts in conjunction with the actual murderer but does not strike the fatal blow- had been incorrectly applied. The Supreme Court held that the justice system had erred in treating the fact that a secondary, co-defendant had foresight that the principal might carry out a killing as sufficient proof of guilt in assisting or encouraging them.

In his judgment, the President of the Supreme Court, Lord Neuberger stated that, “The correct position is that … foresight of what the principal might do is evidence from which the jury may infer that he intended to assist or encourage to do so but it is for the jury to decide on the whole evidence of whether he had the necessary intent”.

As a result of the Supreme Court’s judgment, a member of a group can no longer be found guilty of an offence unless there is proof that he positively intended that it should be committed. Mere foresight of what someone else might do is not enough. The Supreme Court’s decision corrects a ghastly mistake in the law of joint enterprise, which until now has resulted in people being convicted of murder on a feeble legal ground.

The decision of the Supreme Court should be seen as a victory for justice, fairness and equality. It will impact not just the United Kingdom, but also many other countries around the world. The Justices of the Supreme Court also comprise the Judicial Committee of The Privy Council, which is the court of final appeal for the UK overseas territories and Crown dependencies, and for certain Commonwealth countries.

The Supreme Court’s ruling brings hope to hundreds of people currently languishing in prisons throughout the UK and the world, and who are facing lengthy custodial sentences as a result of being convicted of murder. It is now highly likely that there will be many applications for appeal for prisoners who have been convicted for murder under the joint enterprise rules. Furthermore, it should result in fewer murder convictions involving gang violence. The Supreme Court stated that, “In cases where there is a more or less spontaneous outbreak of multi-hand violence, the evidence may be too nebulous for the jury to find that there was some form of agreement, express or tacit”.

This should be welcomed. Although those accused or convicted of murder under the joint enterprise rules may have committed heinous crimes, it is not fair for them to face the lifelong stigma of a murder conviction. Murder is the most evil of crimes and so rightly carries the most serious of punishments. That is why the level of culpability is set at a very high threshold. Under normal circumstances, the mens rea requirement for murder is an intention to kill or cause grievous bodily harm. This has not been the case under the joint enterprise rules. Thankfully, Thursday’s judgment, as the Supreme Court rightly observed, brings “the mental element required of a secondary party back into line with that which is required of the principal and to bring the law back to the principals which had been established before the law took a wrong turn”.

The decision of the Supreme Court is a great victory for justice, fairness, freedom, and equality. It has curtailed the power of the State and will bolster individual freedom and liberty. It will also lead to greater racial equality and reduce the over-criminalisation of children and ethnic minorities.