By Joe Mellor, Deputy Editor Iain Duncan Smith is giving the green light to almost a 20 per cent cut in support for people with disabilities. Funds available for disabled people who used to access the ILF (Independent Living Fund) will be reduced by nearly a fifth over the next four years. Government ministers have […] 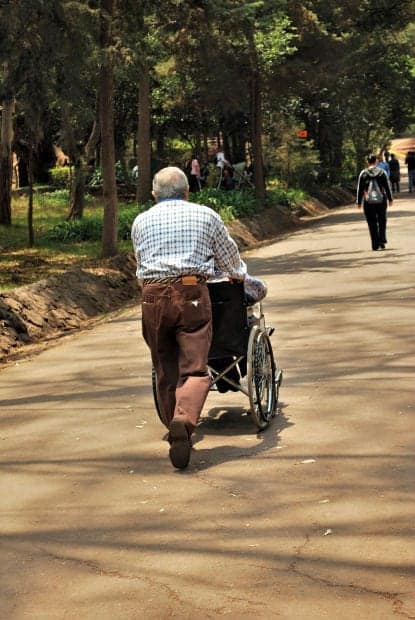 Iain Duncan Smith is giving the green light to almost a 20 per cent cut in support for people with disabilities.

Funds available for disabled people who used to access the ILF (Independent Living Fund) will be reduced by nearly a fifth over the next four years.

Government ministers have said the measures are appropriate as the claimant number will fall, however campaigner Linda Burnip claims this is calculated “based on the hope enough people will die.”

The ILF was closed by Smith last year causing major controversy, leading to disabled people clashing with police outside of Parliament.

The Department for Work and Pensions announced that funding would be handed over to councils, and they would support people who needed it.

However, a consultation by the Department for Communities and Local Government reveals the funding paid to local authorities will be cut by 19 per cent in real terms over the next four years. A grand total of £34.5million by the end of the Parliament.

Linda Burnip, of campaign group Disabled People Against Cuts, said: “The figures going to ILF users are based on the hope that enough people will die.

“Councils won’t have any funding devolved for people who stay alive instead of dying off ‘when they should do’.”

Mark Harrison, chief executive of disability campaign group Equal Lives said: “There’s a perfect storm around disabled people where every government department is having to make huge cuts. Nobody believes a word the Government says.”

A Government spokesman said: “Local communities are better placed than Government to make decisions about how best to provide funding and support for former ILF users.

“Local authorities will be given £177m in 2016/17 to support former ILF users and the funding will continue every year up until 2020.”