The UK has nine out of the ten poorest regions in northern Europe, with suggestions that the rapid industrial decline brought about under Margaret Thatcher is chiefly responsible for creating pockets of poverty in one of the World’s richest economies. West Wales, Durham and Tees Valley, South Yorkshire and Northern Ireland all rank highly as the […] 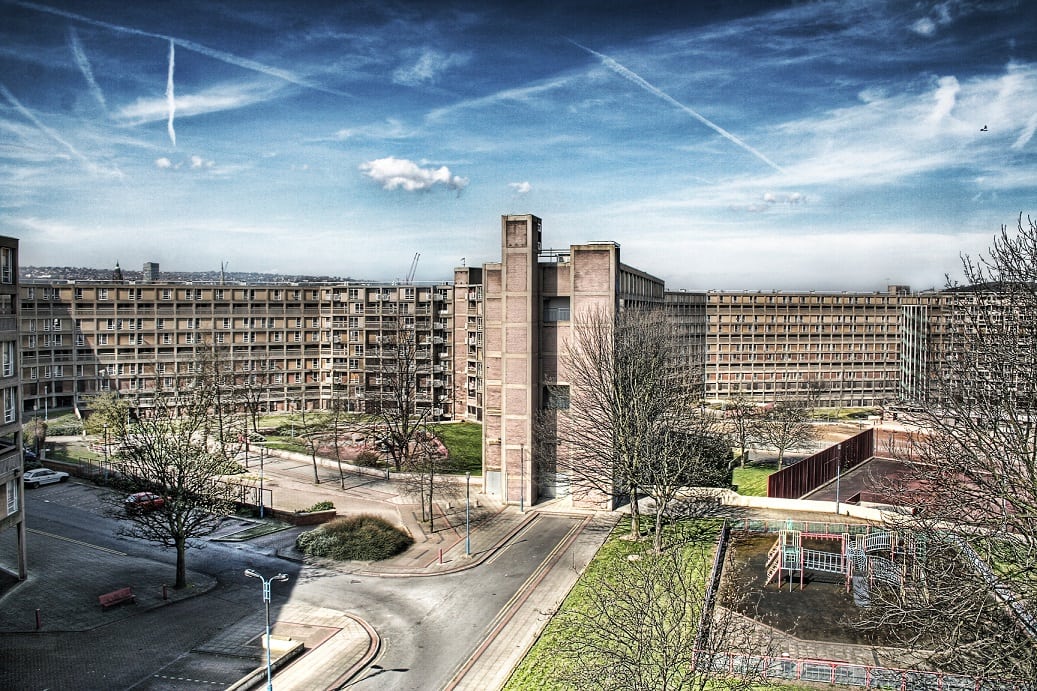 The UK has nine out of the ten poorest regions in northern Europe, with suggestions that the rapid industrial decline brought about under Margaret Thatcher is chiefly responsible for creating pockets of poverty in one of the World’s richest economies.

West Wales, Durham and Tees Valley, South Yorkshire and Northern Ireland all rank highly as the poorest areas in Europe in a report by Inequality Briefing.

The report notes that despite Britain having a similar economic make-up to its northern European counterparts, it is a far more unequal country.

Inner London ranked as the richest area in Northern Europe in the study, but it was alone in the top ten richest list.

Meanwhile nine areas in the UK entered into the top ten poorest, with Hainaut in Belgium the lone exception.

Other research carried out by Inequality Briefing has found the gap between the richest and poorest region in the UK, in terms of disposable income, is the widest in the EU.

The findings reveal that the UK is highly dependent on London and its environs, with just one British region other than the capital – the south-east of England – having a GDP per capita in excess of the EU-15 average, meaning that just 27 per cent of the UK population live in regions wealthier than that EU average.

And far from catching-up with the richer parts of the EU, the UK’s poor regions have fallen further behind. 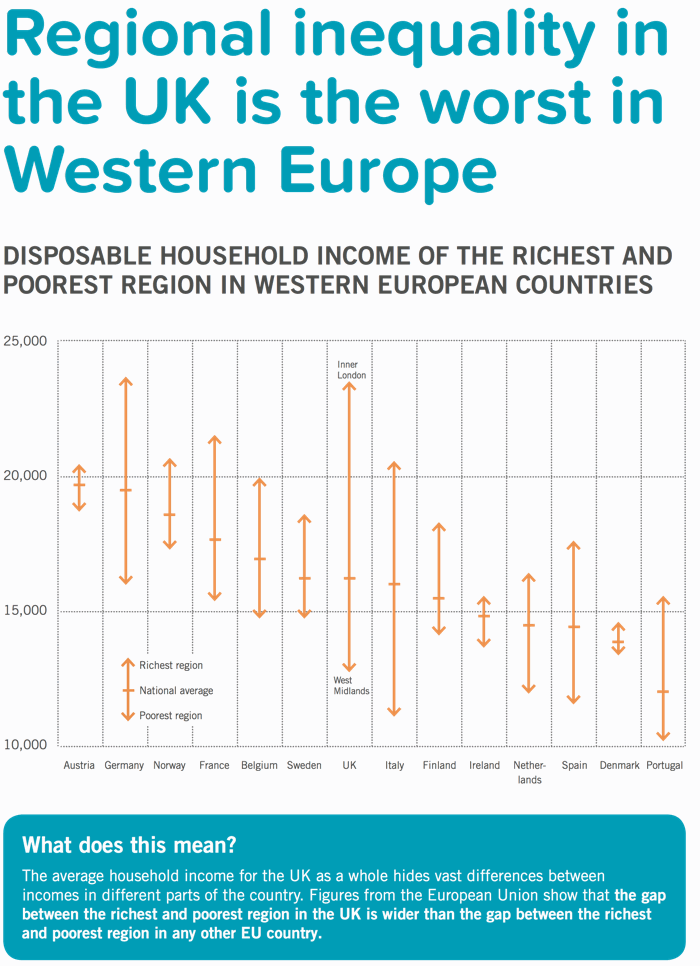 According to Simon Tilford, deputy director of the Centre for European Reform, Britain’s problems are three-fold.

He says: “Unfortunately, Brexit risks aggravating most, if not all, of these problems. And Britain’s already startling regional imbalances are likely to worsen further, leaving much of the country’s population living in areas considerably poorer than the EU-15 average.

“The Conservatives will provide some fiscal stimulus to counter the weakening of growth caused by Brexit, but will not make the long-term investments in infrastructure and skills needed by the UK.

“They have few MPs in the poorer regions that would benefit most from such spending, while the resulting higher borrowing and/or taxation would be unpopular with their core vote in England’s wealthy South”.