Jurassic Park became the highest grossing film of all time when it was released in the summer of 1993. Its impact has been undeniable, as it ushered in the era of special effect laden blockbusters that we are still witnessing to this day. The original may have been followed by two disappointing sequels but the series […] 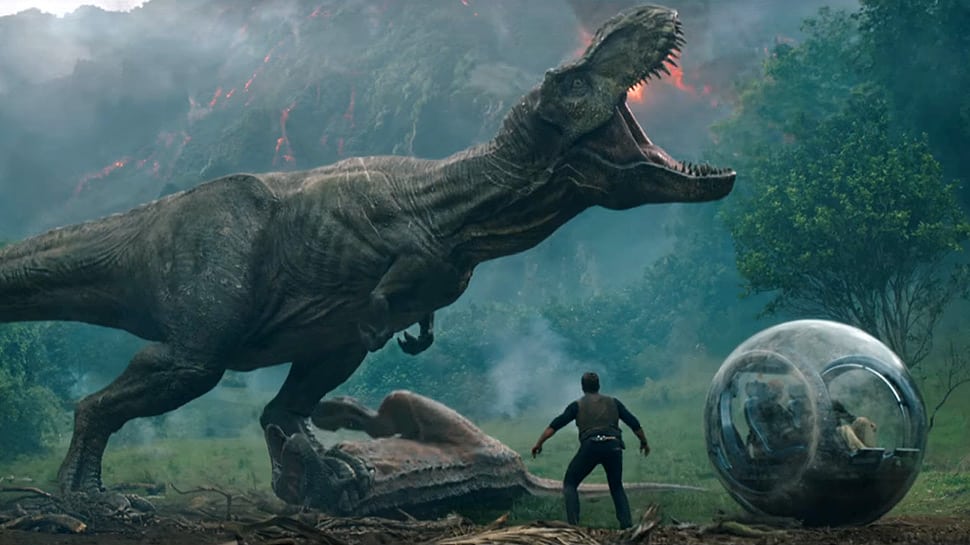 Jurassic Park became the highest grossing film of all time when it was released in the summer of 1993. Its impact has been undeniable, as it ushered in the era of special effect laden blockbusters that we are still witnessing to this day. The original may have been followed by two disappointing sequels but the series roared back into life in 2015 with Jurassic World and returns once more with Jurassic World: Fallen Kingdom.

The problem with the franchise’s sequels was that they were never able to recapture the magic of the original. Steven Spielberg has long been the master of awe inspiring yet intimate stories and the balance between special effects and plot was lost as the series progressed. J. A. Bayona is a smart choice to take over the franchise, having filled his previous film A Monster Calls with a childlike wonderment and sincerity. The best blockbusters contain likable characters and emotionally engaging storylines that counteract the cold computer-generated imagery and Jurassic World: Fallen Kingdom sticks to these principles… for about an hour.

The first half of the film is very comparable to the original. The dinosaurs are trapped on the island of Isla Nublar, where they have been roaming since the closure of the Jurassic World theme park three years earlier. When the island’s dormant volcano spurts into life former dinosaur trainer Owen (Chris Pratt) and dinosaur-rights activist Claire (Bryce Dallas Howard) are left trying to save the creatures from extinction. With the help of Benjamin Lockwood (James Cromwell) they are able to safely rescue more than ten species, including a velociraptor called Blue that Owen trained.

It is a classic set up that would have worked perfectly well on its own. Unfortunately, the film decides to introduce new elements that don’t fit the series’ best qualities. It turns out that Claire and Lockwood have both been betrayed by Eli Mills (Rafe Spall), the manager of the Lockwood estate, who plans to sell the dinosaurs at auction. In a move that undermines the entire first half of the film, the plot forgoes its simple premise in favour of an illegal animal trading twist that would be too far-fetched for even the most fanciful of James Bond films. Jeff Goldblum even appears briefly as Dr Ian Malcolm, a role seemingly bolted on for the sole purpose of adding Goldblum’s name to the poster.

Bayona does do a commendable job of keeping everything together despite the many limitations of the script. The storytelling is clear and has enough flair to make you forget some of the more contrived plot turns. The way in which the action keeps coming is often more reminiscent of Indiana Jones than the original Jurassic Park with each scene moving quickly into the next.

Most importantly the film does not lose its sense of fun. There are a good number of laughs and Chris Pratt in particular can be quite funny. The action does feel real, even when grand camera movements aim for the operatic. There are plenty of scares and there is a good chance that my eight year old self would not have been able to cope.

In the end, Jurassic World: Fallen Kingdom is an enjoyable if at times unbelievable addition to the franchise. Viewers who have flocked to the cinema to see the giant dinosaurs over the last two and a half decades will surely be brought back to the cinema once more.