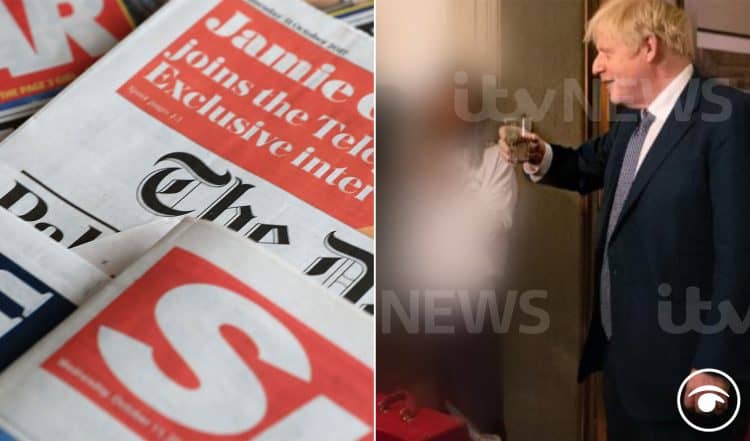 The front pages focus on a photograph that has emerged of the Prime Minister raising a toast at a No 10 lockdown party, apart from the Mail and the Sun to a lesser degree.

The Independent says the pictures, which ran in an ITV exclusive, have thrown Boris Johnson’s premiership “deeper into peril”.

The Daily Express, The Daily Telegraph and Metro look at the Metropolitan Police’s decision not to fine the PM for the event.

The Times runs comments that Mr Johnson misled the Commons over the incident.

The i says the Prime Minister is waiting to judge the reaction from the public and his own MPs, while The Guardian warns of “fresh danger” for the PM.

The Daily Mirror asks: “How did he get away with this?”

The Daily Star jokes “it’s defo not a party”.

Elsewhere, the Daily Mail reports rail strikes could cause blackouts.

And the Financial Times says the Chancellor is looking at a windfall tax for electricity generators.

Related: Johnson accused of misleading parliament over images showing him drinking at leaving do