By Ben Ramanauskas On September 15th 2008, the global investment bank Lehman Brothers, filed for bankruptcy. It was- and still remains- the largest bankruptcy filing in the history of the United States and precipitated a global financial crisis that has had a devastating impact on the world economy. The conduct of many of the bankers […] 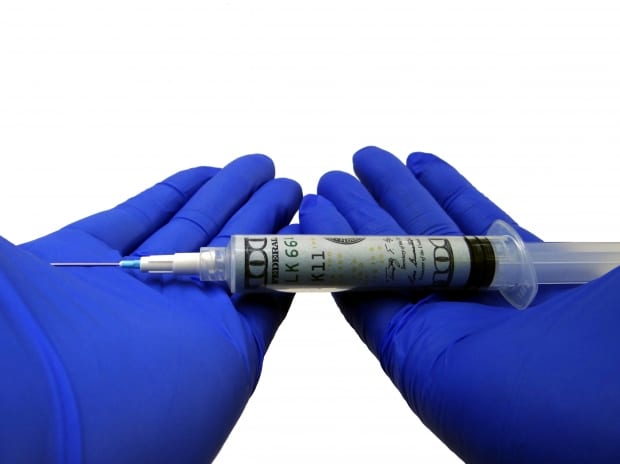 On September 15th 2008, the global investment bank Lehman Brothers, filed for bankruptcy. It was- and still remains- the largest bankruptcy filing in the history of the United States and precipitated a global financial crisis that has had a devastating impact on the world economy. The conduct of many of the bankers at Lehman Brothers, and it’s subsequent fall, became emblematic of the culture of greed and excessive risk taking of the financial services industry.

As the smoke began to clear, it became increasingly obvious as to what was to blame for the financial crisis: investment banks. The public realised that the investment banks, in their desire for ever greater profits, had been wracking up astronomical levels of debt so that they could purchase and trade incredibly complicated and high risk financial products; the most infamous of these being Collateralised Debt Obligations (CDO’s) which were inextricably linked to sub-prime mortgage crisis. The public was understandably outraged by the nefarious behaviour of the investment banks and demanded that something must be done to prevent it happening again. As a result, and in a breathtaking example of feigned ignorance, the politicians and regulators expressed their shock and disapproval of the investment banks (despite encouraging it for years), promised to crack down on excessive risk taking, and generally engaged in the world’s new favourite pastime of banker bashing; all whist spending billions of pounds on bailing out the banks.

Fast forward seven years and thankfully the world has recovered from the 2008 crisis. However, despite this recovery, all the signs appear to indicate that the world is potentially facing another financial crisis. Over the past six months we have seen China’s economy face turmoil, panic on global stock markets, a massive slump in oil prices, a shrinking Japanese economy, the near bankruptcy of several emerging economies, and the Eurozone in crisis. In the past few weeks, European banks have been gripped by fear due to their overexposure to China, an unstable Eurozone, excessive risk taking, and eye watering levels of debt. There has even been talk of German behemoth, Deutsche Bank going under. Like Banquo’s ghost, the spectre of Lehman Brothers is haunting the world financial markets.

As somebody who has spent a number of years advising investment banks, I know that risk taking and complicated financial products are alive and well in the financial world. Investment banks remain places of shadows and shibboleths; black swans, black scholes, EBITDA, tombstones, pumps & dumps, negative carry, fire drills, catching falling knives, and dead cat bounce are all terms regularly used. However, the current parlous state of the world economy, and the coming crisis, are not the result of investment banks. The real culprits are the central banks.

As with all major global events, there are a myriad of of complicated factors. However, it is the continued interference of central bankers and their repeated blunders that are the main cause of the current situation. Instead of allowing financial markets to operate freely and prices work, central banks are meddling and it is have disastrous results. For example, their misguided monetary policies have disrupted the price system in the equities market. As a result, instead of the free interactions of investors determining the price of equities, prices instead move in line with the latest press release from the Federal Reserve. This caused the price of equities to reach artificially high levels as bankers were prepared to take greater risks as they operated under the impression that the central banks will bail them out when things start heading south. This leads to bubbles which, despite the wishful thinking of central bankers, inevitably burst…

The most recently ill-advised attempt to fix the problem- which central bankers appear blissfully unaware was caused by their policies- is the introduction of negative interest rates. The European Central Bank and the central banks of European countries and Japan, in an attempt to boost lending by banks, have decided to lower interest rates into negative figures. The logic (and I use the word loosely) behind the decision, is that banks will not have an incentive to deposit their money and so they will lend it out instead. This is almost certainly going to have disastrous consequences for the banks and for the wider economy. This is because negative interest rates mean that investment and retail banks are effectively being charged for depositing their money. As a result, they will follow the example set by the Alternative Bank Schweiz in Switzerland and start charing their customers for depositing money in an attempt to recoup their losses.

This would be disastrous for the banks as customers would simply stop depositing their money in the banks meaning that the banks would have to borrow more money in order to invest and to lend to businesses and individuals. As a result the banks become increasingly over leveraged and investors loose confidence in the banks. The banks then desperately attempt to deleverage and cut costs by restructuring and getting rid of staff. This in turns further decreases confidence in the banks who then stop lending to each other, businesses, and the public. As a result, lines of credit are stopped, share prices plummet, and banks, businesses, and people go bankrupt. This is precisely what happened in 2007/8 and it looks set to repeat itself.

Despite sound economic theory and the painful lessons of history, central banks in their arrogance and incompetence continue to play with fire. There most recent move of introducing negative interest rates means that they have now poured petrol on that fire- one which looks set to engulf the economy of the entire world.