"England’s world beating football champions doing their best to make sure a younger generation of girls get the support." 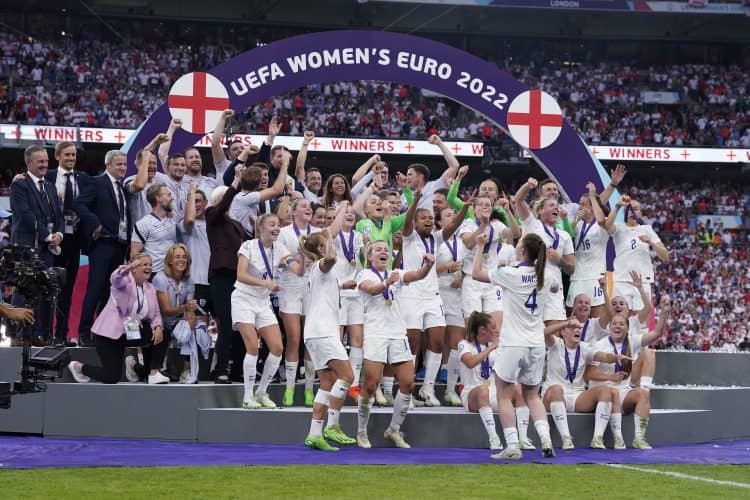 England’s Lionesses have written an open letter to Rishi Sunak and Liz Truss demanding that all schoolgirls have access to a minimum of two hours a week of sport classes.

All 23 members of the England women’s team called on the Tory leadership candidates to prioritise female football because “this generation of schoolgirls deserve more”.

The Euro 2022 winners warned that “women’s football has come a long way, but it still has a long way to go”.

There are already concerns that the legacy of the famous win has already passed us by.

“The very definition of a missed opportunity.”

On Sunday evening history was made. The dreams of 23 women came true. England became European champions for the first time in history.

Throughout the Euros, we as a team spoke about our legacy and goal to inspire a nation. Many will think that this has already been achieved, but we see this only as the beginning.

We are looking to the future. We want to create real change in this country and we are asking you, if you were to become Prime Minister on 5 September, to help us achieve that change.

We want every young girl in the nation to be able to play football at school.

Currently only 63% of girls can play football in PE lessons. The reality is we are inspiring young girls to play football, only for many to end up going to school and not being able to play.

This is something that we all experienced growing up. We were often stopped from playing. So we made our own teams, we travelled across the country and despite the odds, we just kept playing football.

Women’s football has come a long way. But it still has a long way to go.

We ask you and your government to ensure that all girls have access to a minimum of two hours a week PE. Not only should we be offering football to all girls, we also need to invest in and support female PE teachers too.

Their role is crucial and we need to give them the resources to provide girls’ football sessions. They are key role models from which so many young girls can flourish.

This is an opportunity to make a huge difference. A change that will impact millions of young girls’ lives. We – the 23 members of the England Senior Women’s Euro squad – ask you to make it a priority to invest into girls’ football in schools, so that every girl has the choice.