Opponents of the Prime Minister have already accused him of having “basically checked out” from his job in No 10. 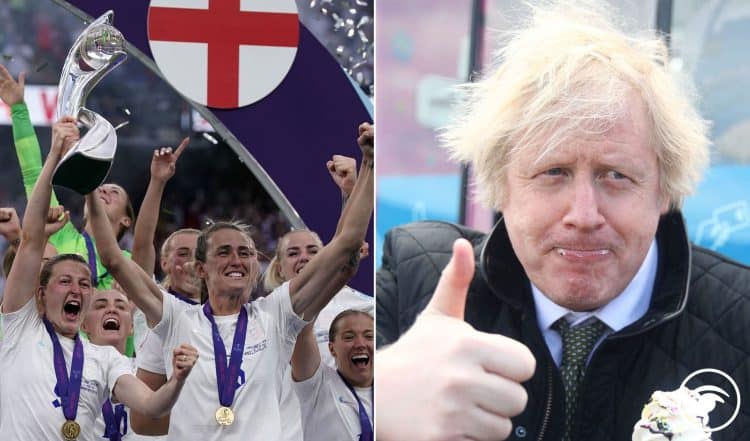 Downing Street has insisted Boris Johnson is supportive of women’s football amid questions over his absence from Wembley and the lack of a No 10 reception for the victorious Lionesses.

Boris Johnson will go on holiday from Wednesday with a little over a month left in office.

The Prime Minister will remain in charge of the country, receiving updates as required, his official spokesman said.

Downing Street would not give details of where the Prime Minister would be spending the period of annual leave, from Wednesday until the end of the week, and insisted he would still be running the country.

Opponents of the Prime Minister have already accused him of having “basically checked out” from his job in No 10.

The Prime Minister’s official spokesman was quizzed on why Mr Johnson watched England’s historic Euros triumph from his country residence, given he attended the men’s final in their equivalent contest last year.

It also emerged that, unlike other successful sporting teams, the Lionesses will not be honoured with a visit to No 10 this week.

The Prime Minister is at the funeral of Northern Ireland peace process architect Lord Trimble on Monday, and is then taking leave from Wednesday to Sunday.

The England men’s cricket team were invited to Downing Street following their win in the Ashes in 2005, as were the men’s Rugby World Cup victors in 2003.

The women’s national rugby and cricket teams have also previously been honoured with receptions at No 10.

But he chose to tune into the Lionesses’ crunch tie with Germany from Chequers – with the match culminating in a 2-1 triumph for England after extra time, securing the first major tournament title for the country since 1966.

Mr Johnson’s German counterpart Olaf Scholz was at Wembley on Sunday, while No 10 said the Foreign Secretary and the Culture Secretary represented the UK Government at the final.

Mr Scholz also visited the German team in their dressing room after the game.

Over the weekend, Mr Johnson was celebrating his wedding to wife Carrie at the grand Cotswolds estate of a major Tory donor.

The pair hosted family and friends at 18th-century Daylesford House to celebrate their nuptials in a wider circle, after the pandemic forced them to scale back festivities last year.

Asked whether the Prime Minister’s absence from Wembley reflected badly on his attitude to the women’s game, his spokesman said: “I think the public will judge the Government on the support it has given to women’s football.

“This is a Government that has stood steadfastly in terms of supporting the women’s game and investing in it.

“The Prime Minister has been supporting the team throughout and was watching the game with his family at home.”

Meanwhile, No 10 said there are “no plans” to add a new bank holiday to mark the Lionesses’ victory.

The Prime Minister’s spokesman said: “Obviously we all want to celebrate the Lionesses’ win, but there are no plans to change the current pattern of public bank holidays.”

But he said Mr Johnson will “definitely” want the Lionesses to receive “the recognition they rightly deserve” after England’s triumph.

“On honours specifically, there is obviously a process that is a matter for the independent honours committee, but clearly the public want to see (the) Lionesses receive recognition.”