Plans for how lorries will navigate new customs processes have been left blank in a 89-page consultation document. 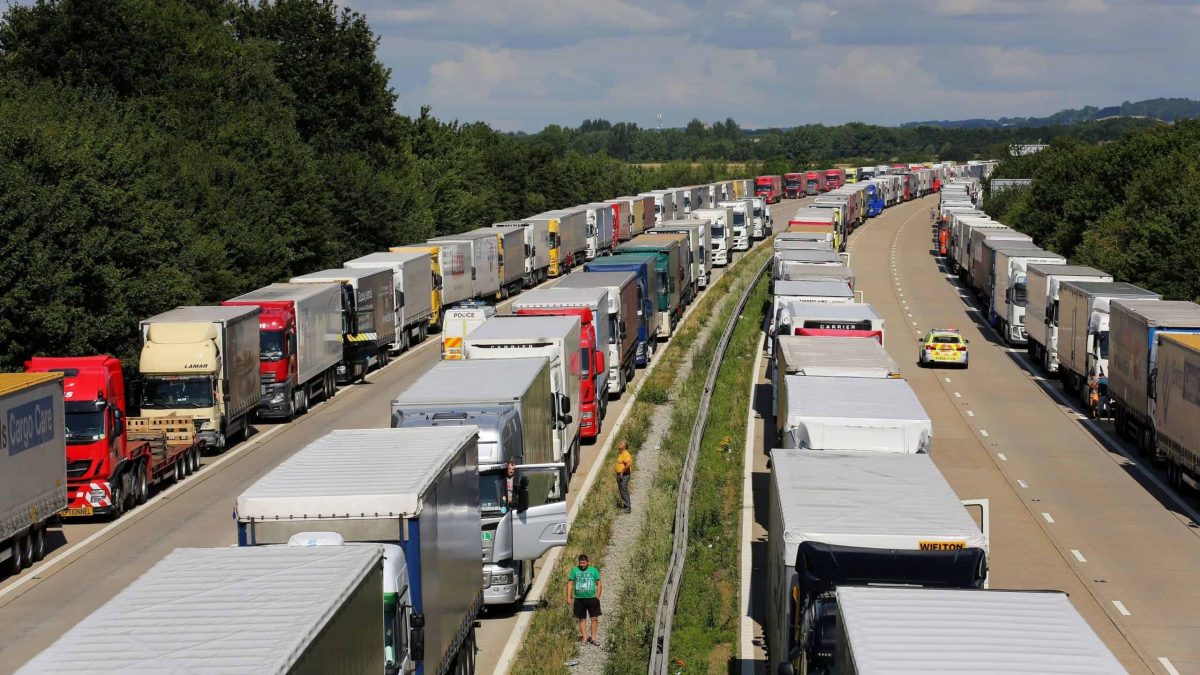 The UK government’s proposals for how lorries will navigate post-Brexit customs controls just contains a blank page, according to Bloomberg reports.

Boris Johnson’s administration set out plans for the border with the EU in an 89-page consultation document circulated to the industry.

But the section explaining how trucks will navigate customs processes consists of a blank page.

Concerns have been raised over how millions of trucks that cross the Strait of Dover each year will continue to move seamlessly.

Last year a Road Haulage Association (RHA) spokesman warned that a hard Brexit would mean thousands of drivers ending up waiting in queues for more than 48 hours with no welfare facilities.

“I think people under-estimate the scale of the complexity of it”, he said, adding that drivers could be left without food or toilet provisions.

Businesses have also expressed concerns over the government’s lack of preparation and the growing risk supply chains will be disrupted.

“The next few weeks and months will be busy”

“There is much work still to do in order to define the physical processes and associated data flow for lorries moving between the U.K. and France,” said Tim Reardon, head of EU Exit at the Port of Dover, where up to 10,000 trucks arrive each day. “The next few weeks and months will be busy.”

The government said it is still consulting with industry about its plan for the border and will publish it in full next month. “We are continuing to develop our systems in preparation for the end of the transition period and the introduction of new border controls,” the Cabinet Office said in a statement.

“We are regularly engaging with industry as plans develop.”