The government is lining the pockets of large newspaper groups with editorials praising its coronavirus response. 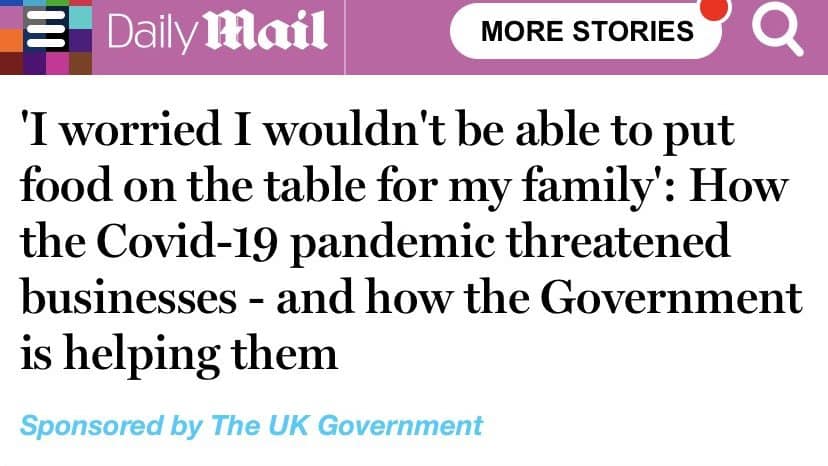 The government appears to have orchestrated a wide-scale content marketing blitz across national newspapers including the Sun and the Daily Mail in a bid to secure some positive coverage of its coronavirus response.

Sponsored editorials were posted at around midnight on selected days throughout May pointing to how the government is helping to keep businesses “on the road”.

A number of similar pieces have appeared in regional publications, each highlighting how the support is helping firms in the area.

An FOI request has been filed to ascertain the cost of the positive media campaign, but unverified estimates suggest it could run into the hundreds of thousands of pounds.

They are likely to form part of the “All in, all together” advertising campaign which claimed to be putting £35 million in the pockets of the beleaguered newspaper industry.

But according to this week’s Private Eye, the money is largely going to large newspaper groups which already have not-so-inconsiderable revenues.

The centre for community journalism at Cardiff University surveyed its network of independent local news publishers and found none of them had received a penny from the advertising spend.

Many of the titles selected also seem to be the ones who are most sympathetic to the governments response to the current crisis, making the marketing bonanza all the more perplexing.

Related: Clap for carers is about the NHS, not the government