Daily Mail General Trust, which also owns Metro and i newspapers along with a portfolio of other companies, said advertising revenues are down too. 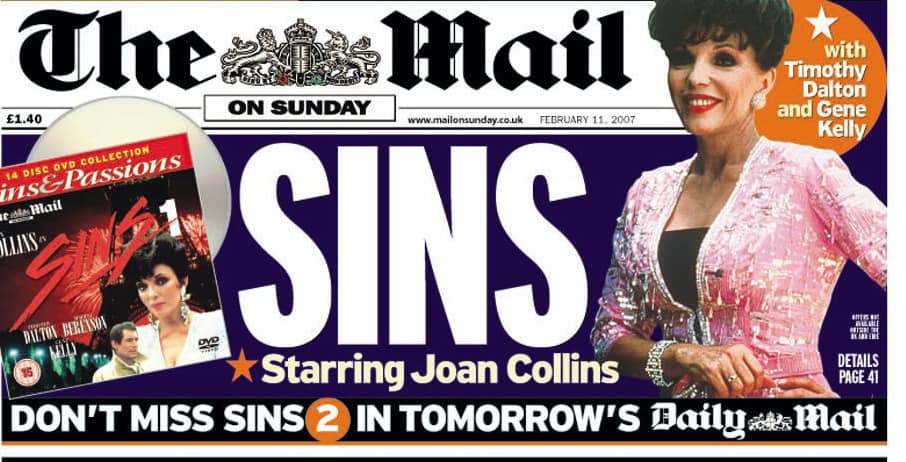 The owner of the Daily Mail, Metro and i newspapers said it has seen a slump in advertising since the coronavirus lockdown.

Daily Mail General Trust (DMGT), which also owns a portfolio of other businesses, said that, in April, revenues from its consumer media division were down 33% due to Covid-19.

Despite grocers and newsagents remaining open, circulation dropped 17% and newspaper advertising was down 69%.

DMGT said: “The UK lockdown has also resulted in fewer hard copy newspapers being bought from shops and newsstands, though this has partly been offset by increased deliveries to readers’ homes.

“Encouragingly, print retail circulation volumes of the Mail and i titles have increased successively each week since 5 April 2020.”

Online advertising revenues were also down 16% in April as marketing departments at big businesses became the first to cut back on spending as the lockdown took hold.

However, there has been a slight improvement in the first four weeks of May, the company added, with circulation down just 9% – compared with a 17% fall in April.

Revenues in the division for the May period were down 45% on the same four weeks a year ago. Print advertising was down 70% and digital advertising off by 17%.

Bosses at DMGT said there has been an increase in demand for digital versions of the Mail newspaper’s content, with subscribers to its Mail+ platform hitting 80,000.

The company added: “Metro is still being published to inform and entertain key workers, but circulation volumes are approximately a quarter of their usual levels.

“At this stage, it is too early to assess the extent to which readership habits may permanently change once lockdown measures are lifted completely.”

Staff have been asked to take a pay cut, although this will be repaid in free shares at a later date, the company has said.

But despite attempts at cost-cutting, bosses admitted that the consumer media business operated at a loss in April, although “this is currently expected to improve to a small loss in May 2020”.

“Our Consumer Media, UK Property Information, and Events and Exhibitions have been significantly more impacted by the Covid-19 crisis.”

It comes as the company announced results for the six months to March 31 with revenues down to £683 million from £687 million a year ago and pre-tax profits of £80 million, up from £50 million in the same period a year earlier.