By Joe Mellor, Deputy Editor It has been claimed by Greenpeace that the new Hinkley power station will be the most expensive object on Earth. The environmental group believes the total cost of the controversial project will cost up to a colossal £24bn, eighteen time more the world’s tallest building, which is in Dubai. But […] 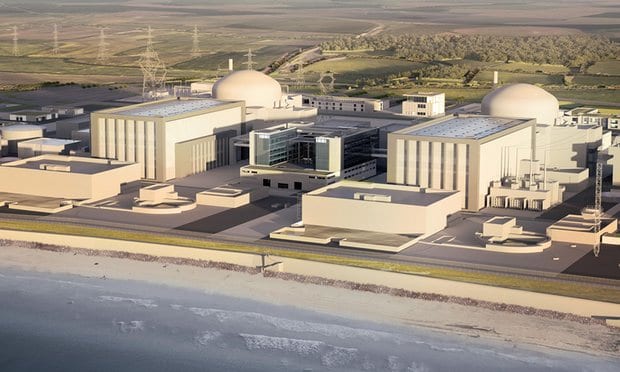 It has been claimed by Greenpeace that the new Hinkley power station will be the most expensive object on Earth.

The environmental group believes the total cost of the controversial project will cost up to a colossal £24bn, eighteen time more the world’s tallest building, which is in Dubai.

But while Hinkley C may well be the most expensive object on Earth, it doesn’t touch the International Space Station, which cost £77.6bn.

Greenpeace claim that the nuclear plant will cost £6bn more than the initial estimate by EDF. The charity believe the energy firm, who have been commissioned to construct the station, gave an estimate which was far too low.

They have set up a petition to halt building the project and it has been signed by over one hundred thousand people.

The cost of the nuclear plant is 18 times greater the Burj Khalifa, the world’s tallest building in Dubai. It is almost five times pricier than the 7-mile-long Large Hadron Collider, built to unlock the secrets of the universe.

Steve Thomas, emeritus professor of energy policy at Greenwich University, said: “Nuclear power plants are the most complicated piece of equipment we make.

“Cost of nuclear power plants has tended to go up throughout history as accidents happen and we design measures to deal with the risk.”

The cost of Hinkley Point C also dwarfs estimates for buildings in history.

The Great Pyramid of Giza was built more than 4,500 years ago and the Turner Construction Company estimated it could build the pyramid for between £750m and £900m.That includes about £500m for stone and £40m for 12 cranes.