By Joe Mellor, Deputy Editor Welcome back to the UK! Apart from our world-famous food and weather, what do you look forward to when you come here? Pubs and Pointless – I’m fascinated by the amount of filler in that show but I love it. The variety of restaurants here is incredible. I am a foodie. Feed me. […] 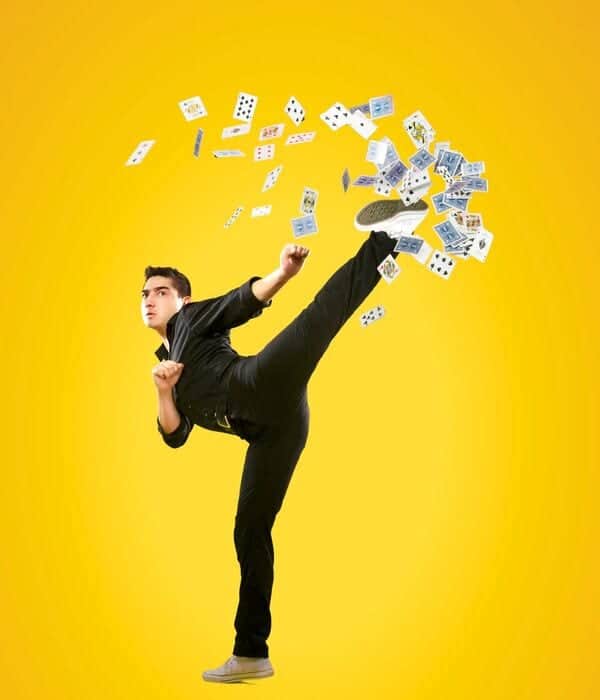 Welcome back to the UK! Apart from our world-famous food and weather, what do you look forward to when you come here?

Pubs and Pointless – I’m fascinated by the amount of filler in that show but I love it. The variety of restaurants here is incredible. I am a foodie. Feed me. Feed me spicy food. By the way, I’ve lived in the UK for almost 6 years now. I’m based in Stockwell 🙂

Let’s go back to the beginning. Did you always have a fascination with cards? What was the first cool thing you learned to do with cards? What did your parents/family think about your choice of career?

No, I had a fascination with martial arts. I was a massive Jackie Chan and Bruce Lee fan. I’d watch the fight scenes over and over. Cards didn’t come up until I thought I should learn some card tricks as an extra way to earn a buck. This origin story sucks.

First cool thing? I learnt how to boomerang my business cards (when I had a day job) in my office before I picked up a deck to learn tricks.

My family had a healthy concern for me when I left my job to be a performer (they’d be mad not to) but they have always been supportive. Slightly bemused, but supportive.

How did you get your first gigs? Did you have a day job at the time or did you dive in full-time to performing as soon as possible?

No, I was a software programmer (I have a computer science degree chained up in the basement). My first paid gigs were doing professional improv shows at the Court Theatre in Christchurch, New Zealand. There were little to no stand up or cabaret shows running at that time so some friends and I organised our own ones. Audiences were small and I was very green. Let’s just say there were casualties. I’m sorry.

You’ve talked about how you were a bit of a comedian at school, joking around and doing improv. You’ve done out-and-out comedy shows before but how important is humour to what you do as Card Ninja?

Card Ninja is a sports underdog film wrapped with a big comedy bow. Comedy brings the fun that is essential. The show is fun. The show must be fun. The second it takes itself too seriously it loses its charm.

I’m not a fan of shows with brooding magicians screeching ‘Behold my illusions peons!’. Card Ninja is the polar opposite of that.

What do you do in your downtime when you’re on the road? Do you train every day?

I’m a massive nerd so in my downtime will probably have a comic or 7 to plough through. Gambit rules.

My travel time killer and guilty pleasure right now is Marvel Puzzle Quest – it’s like Candy Crush but with superheroes. My wife thinks I’m slightly addicted to it. Just one more game…

One of the more spectacular elements of your show is the watermelon routine. How did that particular trick come about? What happens to the watermelon after the show? What do you practice on when a watermelon isn’t to hand?

The watermelon routine is the dragon I have to kill every show. Sometimes it goes off without a hitch, sometimes it puts up a fight to the death. It terrifies me every time but it’s important because it shows the audience that there’s no smoke and mirrors – it’s just man vs melon. One show it took me 15mins to throw a card into the melon. 15 Fucking minutes. It was a rock. I thought my arm was going to fall off. A few people left but when I finally got it the place ERUPTED and I immediately collapsed. Normally I give the melon to an audience member but that day I put my fist through it.