By Steven Topple  2016 marks 80-years since the BBC’s first Royal Charter expired – and the issues surrounding its decadal renewal in 9 months are as tempestuous as they have ever been. The news yesterday that “Auntie” will be campaigning for the over-75s to voluntarily give up their free licence, in a bid by the […] 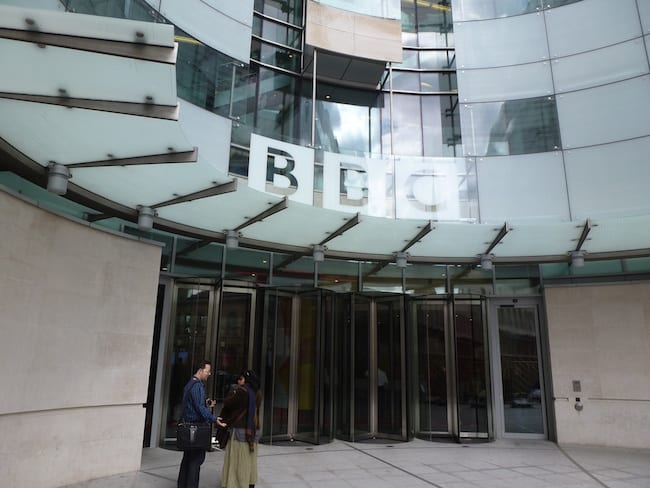 2016 marks 80-years since the BBC’s first Royal Charter expired – and the issues surrounding its decadal renewal in 9 months are as tempestuous as they have ever been.

The news yesterday that “Auntie” will be campaigning for the over-75s to voluntarily give up their free licence, in a bid by the organisation to rake back some of the £700 million it will incur in costs by 2020 (after the Government forced it to suck-up the expense of said licence), is symptomatic of an organisation in that is far-removed from its perceived glory days as a bastion of public service.

This uncomfortably cynical move by the organisation (knowing full well that the generation it’s targeting is undoubtedly likely to be more sympathetic to its woes) epitomises an organisation that is now more concerned for its own survival than one that should be putting its duty to the public first.

Take the perpetual argument that BBC News is biased. Politicians, academics and campaigners have long debated that the organisation is either sympathetic to “the left” or “the right”, presenting surveys, research and countless anecdotal diatribes to support their claims.

This is all nonsense. The BBC has one bias and that is to protecting its public funding, regardless of what Government is in charge at the time of its Royal Charter renewal – you only have to juxtapose its coverage of the 2nd Iraq and Afghan wars under a Labour Government with the current Syria campaign under the present incumbents to realise this (note the Conservative Government firing heavy artillery over Auntie’s bow last year).

But the rot at the organisation runs deeper than this – namely its highly dubious relationship with the Financial Services Industry. Specifically, HSBC.

It is well documented that Rona Fairhead, Chair of the BBC Trust, is also a Non-Executive Director of HSBC. In an interview with Andrew Marr on Sunday, Fairhead was probed as to whether she should be involved with the Trust after the Swiss tax-avoidance scandal at the bank. Fairhead conceded the behaviour was criminal, pleading that “We, as a bank, are very sorry”. Note her use of the 1st person plural (some may say she forgot what capacity she was in during the interview), and also the lack of questioning over her alleged involvement in the Mexican drug money-laundering scandal.

It is no surprise that a Director of HSBC would defend its position when interviewed (even though she was there with her BBC hat on). But the links between the BBC and the bank run deeper than just Fairhead’s appointment.

Analysis of the BBC Pension Fund makes for interesting reading. Aside from HSBC being “Custodians” of the “pot”, 20 out of 28 of the investment management companies making money for Auntie’s pensions have direct financial links to the bank – from shareholders, to being financed by and even being owned by HSBC. Furthermore, when you look at twenty largest investments made by the Fund, 13 of these have, again, direct financial links to “The World’s Local Bank” (most notably via shareholdings).

While none of this is illegal (perish the thought), it is a telling insight into the way the BBC operates, and moreover shows that Auntie has vested interests in keeping the reporting of the Establishment-led Financial Services Industry positive. In an academic review of the organisations bias from 2014, researched showed that 11% of news sources quoted were from business and finance, compared to Channel Four News who used just 2.2% from the sector.

This was, however, misinterpreted as bias to the right – which when viewed in the context of the BBC’s vested interests is clearly flawed. It is bias towards keeping its pension pot, and everyone who benefits from the £12 billion fund, as healthy as possible. Take the appointment of Nicholas Prettejohn as a BBC Trustee in 2013; currently he acts as a Non-Executive Director of Lloyds Banking Group, and from 2014 onwards Auntie’s Pension Fund suddenly held over £30 million in Lloyds equities. Draw your own conclusions…

Accusations of Establishment bias are nothing new – just look at the furore surrounding the Scottish Independence Referendum, where former Newsnight correspondent (and now Channel Four’s economics editor) Paul Mason weighed in, saying “Not since Iraq have I seen BBC News working at propaganda strength like this.”

With the Royal Charter up for review, there needs to be a serious debate about the future of this institution. Serious questions should be raised about the future of the licence fee – for example, when our £145.50 goes towards employee wages, which a portion of, in turn, gets syphoned into the Pension Fund – which then buys £4.3 billion of UK Government Bonds, which lastly are used to pay for our public services?

Think about it. When the BBC is lending us our own money back, something’s not right.

Moreover, public opinion is still heavily influenced by the BBC – figures from Ofcom show 42 per cent of people still use TV as their main source of news, and “Auntie” has a massive 71 per cent share of that. Across all media platforms (TV, web-based etc.) the BBC still has the monopoly with a 43% share, with its nearest rival SKY taking just 15%.

This year will see peak bias from the BBC. From the Holyrood elections, to the EU referendum via the blatantly impending financial crash, Aunty and her mob of overpaid, over-fed and watered fat-media-cats will be capitulating to all and sundry that wield power over the Royal Charter.

Sadly, the public seem to have this biliousness-inducing, misplaced “nostalgia” regarding our public service broadcaster, and any criticism is met with “Well, it’s not as bad as Fox News!”.

Considering the activities of the Financial Services Industry and our politicians are two of the most vital factors in everyone’s lives, should we continue paying for an organisation that inherently doesn’t work to provide us with a balanced picture of them, but rather merely propagates its own interests?

I know what my opinion is – and I believe the country should take a long, hard look at its own.