By Oliver Ward @oli_ward_1 A British led enquiry released information on Thursday that Putin “probably” sanctioned the killing of Alexander Litvinenko in 2006. This cannot come as a surprise to many given the ostentatious contempt Putin has shown for the west in recent years. However in as modern world of espionage, full of NSA surveillence and […] 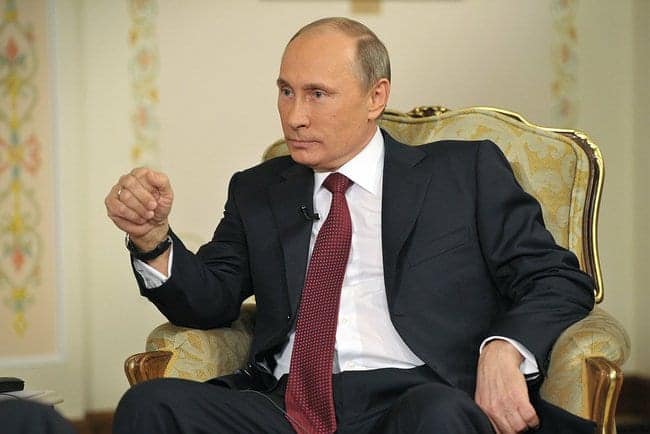 A British led enquiry released information on Thursday that Putin “probably” sanctioned the killing of Alexander Litvinenko in 2006. This cannot come as a surprise to many given the ostentatious contempt Putin has shown for the west in recent years. However in as modern world of espionage, full of NSA surveillence and phone monitoring you can´t help but feel that a spy being poisioned with a radioactive teapot feels a little like a regression to old style Cold War reconnaissance- guns disguised as umbrellas and pens which shoot tranquiliser darts.

Putin´s ideological stance against the west reeks of days gone by, from citing the collapse of the USSR as the biggest geopolitical disaster of the 21st century to having the speaker of the Russian Parliament questioning the legality of the unification of Germany; essentially calling for the complete unravelling of the whole Cold War settlement. The idea would be laughable if Putin wasn´t winning.

While Putin´s intelligence service, the FSB may still feel like a continuation of KGB, techniques his foreign policy has incorporated new methods of subversion in order to undermine NATO and the west and they´re proving to be very effective. Putin supports anti-Euro American sentiment wherever they occur. No longer restricting themselves to the left side of the political spectrum, Russia has financed anti-EU political parties and financial establishments across Europe no matter the roots and seems determined to promote uncertainty and division in any form. In France, a Russian bank has financed the far right French National Front to the tune of €9 million with another €30 million apparently in the pipeline. Victor Orban, the Hungarian Prime Minister, has received Russian funds for a new nuclear powerplant and the Czech president, Milos Zeman, even has his election campaign financially supported by Lukoil, the Russian energy company.

By stoking the fires of Euroscepticism in poignent European nations and buying influence in marginal EU members Putin can prevent a unified attitude towards Russian sanctions and will ultimately hope to reopen the trade links the Russian economy so desperately needs. His efforts are beginning to pay dividends.

Orban has invited his fellow Hungarians to renounce western “dogma and ideologies”, the Czech media outlets are broadcasting support for the Russian annexation of Ukraine and Zeman himself is arguing against Russian economic sanctions. Just this week Japanese Prime Minister, Shinzo Abe joined in the anti-sanction song, calling for Russia to be “brought in from the cold”. Japan can see the political advantages to this. Japan and Russai share the concern of North Korea´s recent nuclear tests and Japan is looking to bolster political ties in the region to strengthen her territorial disputes in the South China Sea. Not to mention, Japan could benefit from Russian oil and Russia from the proximity of Japan´s markets.

With European reevaluation becoming an increasingly discussed subject in national parliaments Putin recognises that Russia doesn´t need to stick to outdated spheres of influence and ideological ideals to weaken EU standing. All it needs to do is stir up anti-European sentiment and pump Russian rubles into weak European states, regardless of whether the sentiment is coming from the far right leaning of France´s NF, or Spanish Podemos´s left disposition. A similar approach can be seen in the US by throwing his support behind Trump, a figure so divisive across the US and Europe that UK parliament had to discuss a petition to refuse him entry.

The fact is Putin can make a serious dent in unified EU policy aimed at the strangulation of Russian free trade by using the Russian ruble to dichotomize opinion- precisely at a time when the future of the EU in its current format is shrouded in uncertainty.

While Putin may have radioactive blood on his hands, he won´t be suffering from many sleepless nights as rubles provide an intensifying drum beat to which more and more of Europe, and the Far East are beginning to march to.