Britain is in desperate need of a drink. 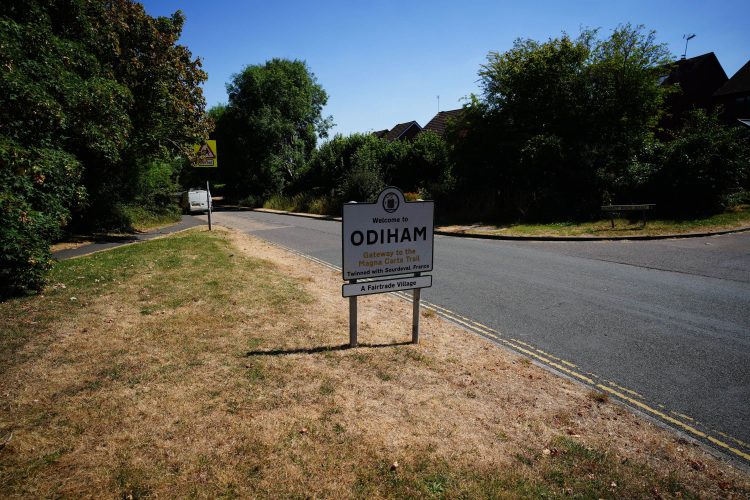 As Britain braces for yet another heatwave, a shocking satellite image has laid bare the impact the climate crisis is having on this “green and pleasant land”.

James Cheshire, Professor of Geographic Information and Cartography at University College London, shared a map which reveals the UK has turned from green to yellow thanks to an unprecedented period of extreme heat and lack of rainfall.

Writing on his blog, Professor Cheshire said: “The parched landscape is unlike anything I’ve seen before and a cloud free day today (10th August) has revealed the true extent of the drought.

“It shows with extraordinary clarity where the UK gets the most rain (and where some has fallen) thanks to being more to the west or at higher elevations.

“The South East has gone from green to yellow and now almost black such is the intensity of the drought. With no significant rain in the forecast and more intense heat in the coming days, it’s an image that is only going to get more shocking as the summer wears on.”

It comes amid warnings that parts of England and Wales face an “exceptional” risk of wildfires as an amber heat warming comes into place.

The Met Office has raised the Fire Severity Index to exceptional – the highest level – for much of southern England, and stretching as far west as Abergavenny in Wales, for this coming Sunday.

He said: “The risk is very high across much of central, southern and eastern England.

“Going into Friday and the weekend, it starts to increase further, going into the highest category of exceptional risk.”

Mark Hardingham, the chairman of the National Fire Chiefs Council (NFCC) told The Telegraph that he “can’t remember a summer like this” in his entire 32-year career in the fire service.

He said: “We’re not going to see temperatures as hot as we saw three weeks ago, but that doesn’t matter because the ground couldn’t get any drier than it already is.”

Hardingham added: “The wildfires are as prevalent in semi-urban areas as they are in rural communities so it’s difficult to know where the next one will be.”

The Met Office has issued an amber heat warning running between Thursday and Sunday, which could see temperatures peak at 36C across southern England and eastern Wales.

Petagna said that the temperatures would “widely” be in the 30s across the UK, peaking locally in the mid-30s on Saturday.

“I think the hottest day will probably be Saturday, where we could see 36C in one or two spots,” he said.