When he wasn't accusing Brits of "scaremongering" over the cost of living crisis, Mark Spencer was being mocked for the bonkers sign. 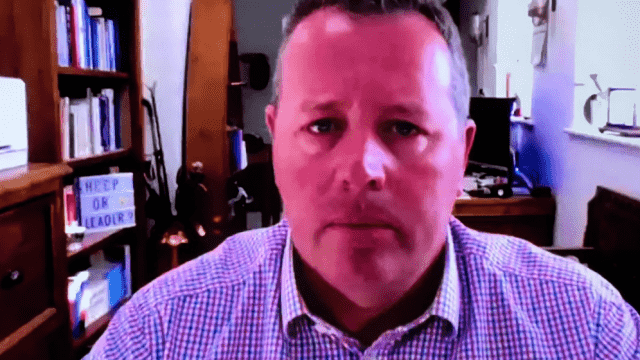 A top Tory has been ruthlessly ridiculed after a car crash BBC interview, in which he urged Brits to stop “scaremongering” about the cost of living crisis.

But Mark Spencer, the Leader of the House of Commons, was widely mocked after his BBC Breakfast appearance on Thursday morning – after eagle-eyed viewers spotted a ridiculous lightbox on his shelf.

To the amusement of some – and annoyance of many – Spencer appears to own a sign reading: “Sheep or Leader?”

The discovery of the ridiculous sign distracted somewhat from Spencer’s dire interview, in which he admitted that Boris Johnson’s Cabinet has not met since the end of July – despite spiralling fears about the cost of living crisis.

And, in another appearance on ITV’s Good Morning Britain, Spencer revealed that MPs are able to claim expenses on their energy bills in second homes.

For all the dire content, most viewers will have been left with just one pressing question: is he a sheep or a leader?