The defendants are a mixture of supporters of the Black Lives Matter cause and far-right counter protesters. 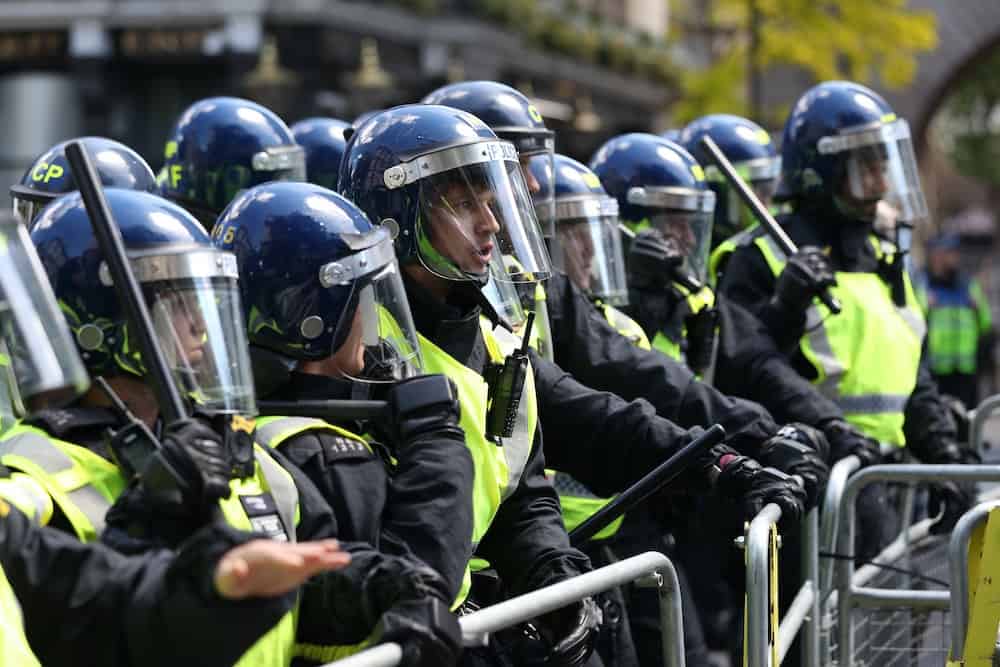 Ten people have now been charged with offences in connection with the Black Lives Matter protests and far-right counter demonstrations in London over the past three weekends, the Met Police has said.

One man, Andrew Banks, has already been jailed for urinating next to the memorial of Pc Keith Palmer who died in the Westminster Bridge terror attack.

The Met released images on Thursday of a further 35 suspects they want to speak to in connection with violence at the protests, which saw attacks on police horses and missiles thrown.

Football fan Banks, 28, was handed a 14-day immediate jail term on Monday after admitting one count of outraging public decency after coming to London to “defend” statues.

On the same day two other protesters were remanded into custody after admitting assaults on police officers.

Daniel Allan, from Sunderland, admitted one count of violent disorder for kicking a police officer in the back.

The court heard Allan, 36, had travelled from his home as groups of right-wing protesters sought to protect statues around Whitehall and Trafalgar Square.

Meikle, 38, had decided to spend his last day in London marching in support of the Black Lives Matter movement, but found himself remanded into custody until his sentencing on July 14.

On the same day Ferirai Mzila, 24, appeared in court charged with assaulting an emergency service worker during the protests of June 13.

Three further protesters have been charged in connection with last weekend’s demonstrations.

– Hasan Khan, 21, has been charged with possession of a class B drug and will appear at Westminster Magistrates’ Court on July 13.

– Liam Hanley, 29, was charged with possession of a class A drug and is due at Westminster Magistrates’ Court on July 10.

– Matthew Cardwell was charged with criminal damage and will also appear at Westminster Magistrates’ Court on July 10.

So far, just two people have been charged for their role in the Black Lives Matter protests of June 6.

– Christopher Scott, 28, denied two counts of assaulting an emergency worker after allegedly stubbing a cigarette out on the body-worn camera of one police officer, and kicking out at another.

– Orson Shandilya, 23, has been charged with harassment and possession of a class A drug and will appear at Westminster Magistrates’ Court on July 3.

And the Met said Brendon Cummins, 18, of no fixed address, will appear at the same court on June 30 charged with assaulting an emergency service worker in relation to a protest on June 1.

The force gave no further details of the circumstances, although a Black Lives Matter protest took place in Brixton that day.

On Monday, Home Secretary Priti Patel called for swift justice as she told the Commons at least 100 officers had been injured, as well as three horses and a police dog, while 280 arrests had been made.

She said on Monday the Government was considering “all options” for those involved including implementing the proposed Desecration of War Memorials Bill.

The Home Secretary and Justice Secretary Robert Buckland also said they were considering “fast-tracking” cases for violent protesters to deliver justice within 24 hours, although did not give further details.