The newspaper has been criticised for "exploiting an ongoing conflict to smear transport workers for participating in lawful industrial action." 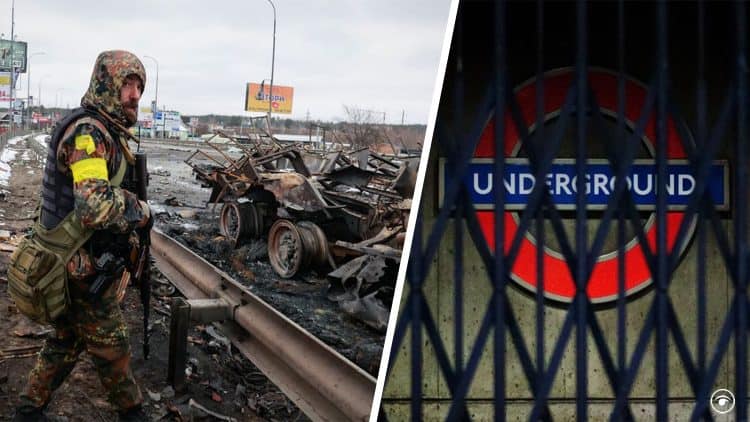 The Telegraph has provoked outrage after it linked the Rail, Maritime and Transport union (RMT) to Vladimir Putin’s Russia on the back of Tube strikes this week.

Dubbing them the “enemy underground”, the broadsheet newspaper said “Putin apologists” have “brought London to a standstill” after workers walked out over an unsettled dispute.

RMT fears that spending cuts linked to a funding deal by the Government will lead to hundreds of job losses, reduced pensions and worse working conditions.

General secretary Mick Lynch said “no self-respecting trade unionist would accept that, particularly given the sterling work done by Tube staff keeping Londoners safe throughout the Covid-19 pandemic”, adding that they “remain open to talks”.

In an article published by associate editor Gordon Rayner today, the Telegraph went in on the RMT, linking them to Putin as the Russian president wages a deadly war with Ukraine.

Rayner said the RMT, and particularly its assistant general secretary Eddie Dempsey, “have long-standing sympathies for the pro-Putin separatists who have been fighting government forces in the east of the country for almost a decade.”

Dempsey, according to the article, visited the Donbas region in 2015 and posed for a picture with Aleksey Mozgovoy, leader of the pro-Russian “Ghost Brigade”.

When Mozgovoy was killed two weeks later, Dempsey wrote a glowing obituary of the “charismatic” insurgent, and when the Telegraph contacted the RMT yesterday, he also did not express regret for his association with the former rebel leader.

But moves by the newspaper to link striking workers with the war in Ukraine hasn’t gone down well on social media.

The CWU Union called the piece an “absolute disgrace”, while others pointed out well-founded links between the Conservative Party and Russian donors.

Check out the reaction in full below: