"Nobody in the #NHS has anything to feel guilty about. You have done us proud. You have worked miracles with very limited and often dwindling resources," was the heartfelt response to the Telegraph article. 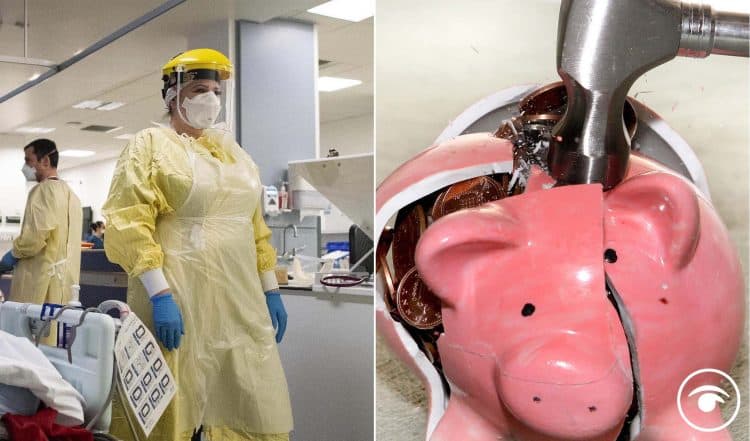 An article suggesting the NHS is harbouring a “dirty little secret” has been called out in a superb Twitter thread.

The health service has been called upon to run 24/7 vaccine clinics and discharge some patients to hotels under plans set out by health leaders.

A new letter from health bosses states that the NHS will deliver “more vaccines over the coming weeks than ever before” which might include 24/7 vaccine clinics “where relevant for the local community”.

Vaccine sites should operate 12 hours a day “as standard” seven days a week, while some GP appointments will need to be postponed as the NHS prioritises the vaccination programme.

Professor Chris Whitty has warned ministers to brace for a “significant increase in hospitalisations” from Omicron, as Downing Street insisted no further coronavirus restrictions are being planned.

England’s chief medical officer also told a virtual Cabinet meeting on Tuesday that it is “too early to say how severe” the strain is after early suggestions from South Africa that it could be relatively mild.

Boris Johnson also warned his ministers that he believes a “huge spike” of cases of the variant will hit the nation, as he pressures Tory rebels to back his new Plan B restrictions during a Commons vote.

Downing Street did not reject a suggestion that new Omicron cases could hit a million per day next week based on a “valid” estimate from the UK Health Security Agency that daily infections are currently around 200,000.

It sounds like the NHS has a lot on, but not everyone is happy.

On Friday the Daily Telegraph ran a piece by Kate Andrews with the headline “The NHS’s dirty little secret.”

Kate appears to have picked up on the comments about it since it was published, and tweeted this.

Here is a video of her discussing the NHS from 2018, on BBC Newsnight…

One person on Twitter posting under the handle @Seven7Kevin took umbrage with the author of the piece, questioned her background, and how this might impact the words written in the article.

He took to Twitter to write a detailed thread discussing the issue.

Some more info on this couple can be found in this article.

We can’t confirm if she was paid to write the comment piece.