Lorry drivers told of their constant battle to stop migrants determined to hitch a ride on their vehicles in a bid to cross the Channel. 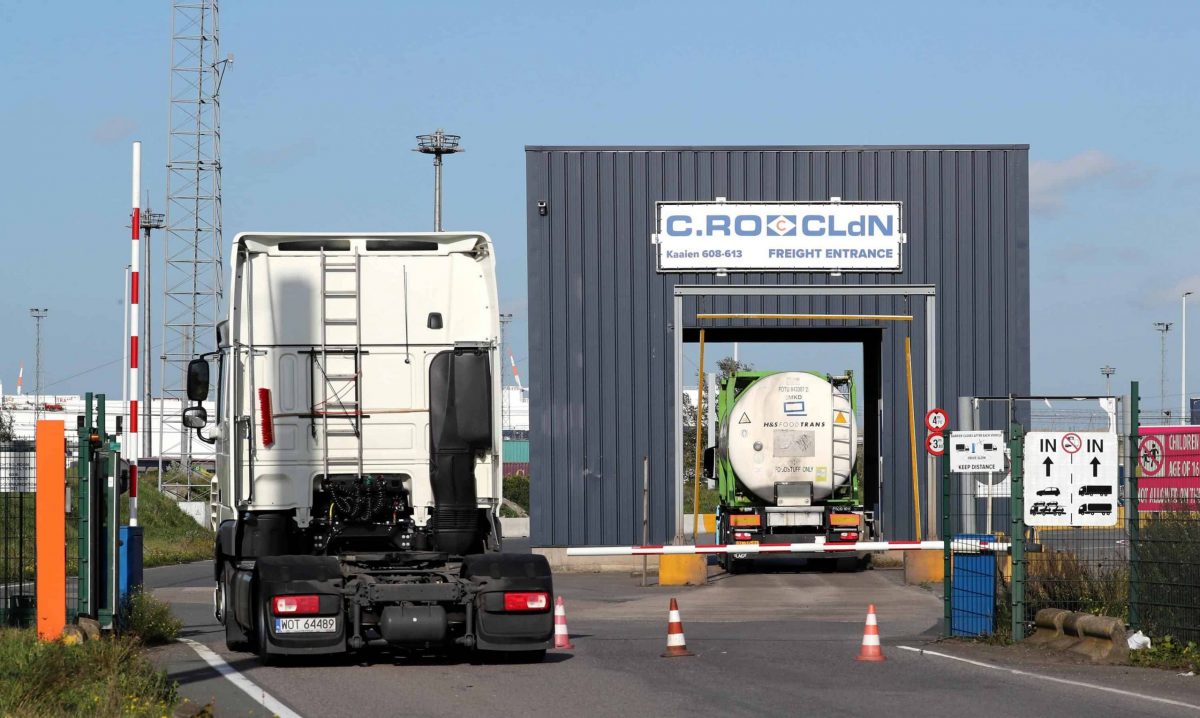 A group of suspected migrants has been detained in Zeebrugge a day after 39 people were found dead inside a container shipped from the Belgian port.

Some of them were seen trying to climb a fence into a compound attached to a trucking company before they were intercepted by police on a busy road.

A group of eight men was then taken away after three vans arrived on the scene on Thursday morning.

Lorry drivers nearby told of their constant battle to stop migrants determined to hitch a ride on their vehicles in a bid to cross the Channel.

One had been close to the scene where the bodies of 39 Chinese people, including eight women, were discovered in a refrigerated trailer in Grays, Essex, on Wednesday shortly after it was picked up at Purfleet.

“I was at the butty van that morning when it happened. I pulled around the corner from it and there was a Scania truck and a police car next to it,” said the driver, who is from Yorkshire.

“I feel sorry for them, they must be desperate. But anyone locked in the back of a fridge, you’re asking for trouble.”

Another driver, who is also from Yorkshire, said migrants trying to get on board their lorries “happens on a regular basis”, with security a large part of the job.

“As a driver, you can only do so much to be fair.

“Two weeks ago me and another driver pulled up together. We heard them getting in the back, about 20 moving around.

“We pulled seven out of his trailer and four out of mine.

“It happens on a regular basis.”

Another driver added: “I got stopped in Calais, went through all the checks from the French (authorities). I got to the English port, the dog came around barking at the trailer and there were four immigrants inside. I was fined £2,500.”

An Irish haulier explained how migrants have found ways to re-secure locks after entering trailers so as not to arouse suspicion, while drivers have responsibility for carrying unwanted passengers.

“There’s a couple of drivers I know who got fined through no fault of their own,” he said.

“If you stop for diesel, you have to check.

“The last immigrant I had was when I parked to fill up with diesel. He was in the axle. They caught him in the docks. He’s taken a real gamble.”

Another Irish driver added: “You’ve got to be desperate to do that.”

It was business as usual at the huge Zeebrugge port on Thursday as lorries and containers were loaded on to cargo ships bound for the UK.

A spokesman for C.RO Ports, which operates terminals at Purfleet and Zeebrugge, said the firm would “fully assist” the police investigation.

The chief executive of Zeebrugge port, Joachim Coens, said it was unlikely that people had been loaded into the container there.

“A refrigerated container in the port zone is completely sealed,” he told the Flemish TV channel VRT.

“During the check, the seal is examined, as is the licence plate. The driver is checked by cameras.

“The cargo can only be loaded on to a ferry once these checks have taken place.”