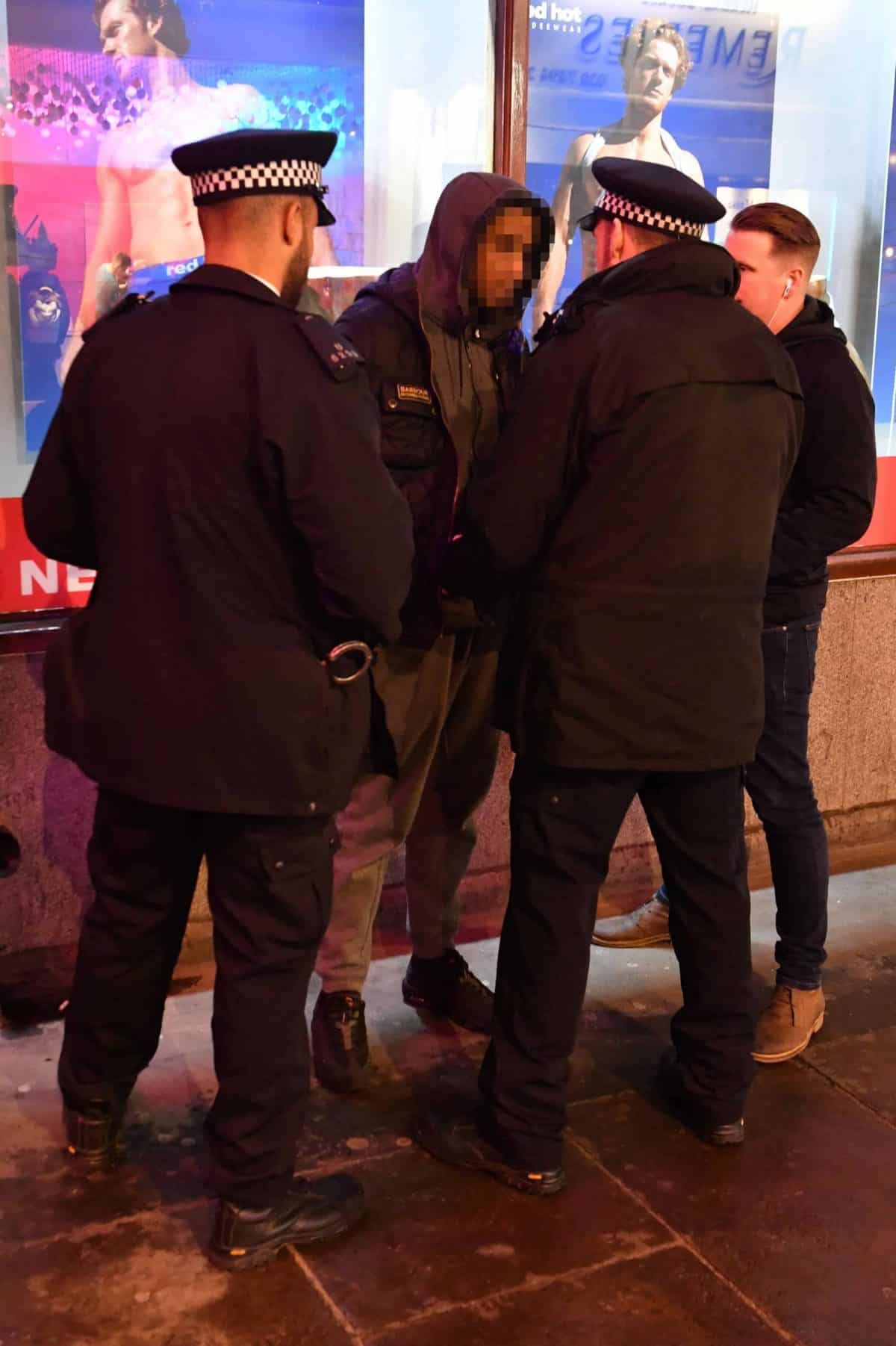 The majority of stop and searches carried out in the last year resulted in no further action being taken, official figures show.

The figures also showed there were:

– 7,350 stop and searches resulting in a court summons

– 18,948 which amounted to a community resolution

The statistics covered all stop-and-search powers which police have under the Police and Criminal Evidence Act 1984, the Criminal Justice and Public Order Act 1994 and the Terrorism Act 2000.

The powers allow police to search people and vehicles without a warrant.

In August the Home Office rolled back restrictions on the “controversial” s60 stop and search tactic as part of a bid to crack down on knife crime and violence.

The powers make it easier for officers to turn to stop and search under section 60 (s60) of the Criminal Justice and Public Order Act, after conditions imposed in 2014 when Theresa May was home secretary – which saw a rise in arrests and fall in use of the measure – were lifted.

Last week an official report warned more people from black, Asian and minority ethnic backgrounds are likely to be targeted under the relaxed rules despite not having committed crimes.

Evidence also suggested “changes in the level of stop and search have, at best, only minimal effects on violent crime”, according to the equality impact assessment published by the Home Office.

S60 powers give officers the right to search people in a defined area during a specific time period when they believe serious violence will occur.

They can look for weapons before they can be used, or those used in a recent attack.

The changes mean officers can stop and search anyone in a designated area “without needing serious grounds for suspicion if serious violence is anticipated” and there now only needs to be a reasonable belief an incident involving serious violence “may” rather than “will” occur.

Inspectors and superintendents can authorise the move rather than needing approval from a senior colleague.

The roll-out was made after a pilot of seven forces had been running for just three months.

British Transport Police deputy chief constable Adrian Hanstock, who leads the National Police Chiefs’ Council’s work on stop and search, said it was an “important power” for officers, adding: “It should perhaps not come as a surprise that we are seeing an increase in police use of stop and search, as forces have stepped up their proactive response to violent crime and the toxic effect of county lines drug gangs.

“This approach is one of many valuable operational tools used to reduce the availability of weapons and drugs, and their influence on violent crime.”

A Home Office spokesman said the powers can “protect communities from harm”, adding: “Stop and search helps to seize deadly weapons from our streets and is an important tool in the fight against violent crime.

“We have always been clear that no one should be stop and searched because of their race and will continue to support the police in fair and intelligence-led use of the tactic.”