"Alright which one of you didn't beLEAVE hard enough?", James Felton posted. 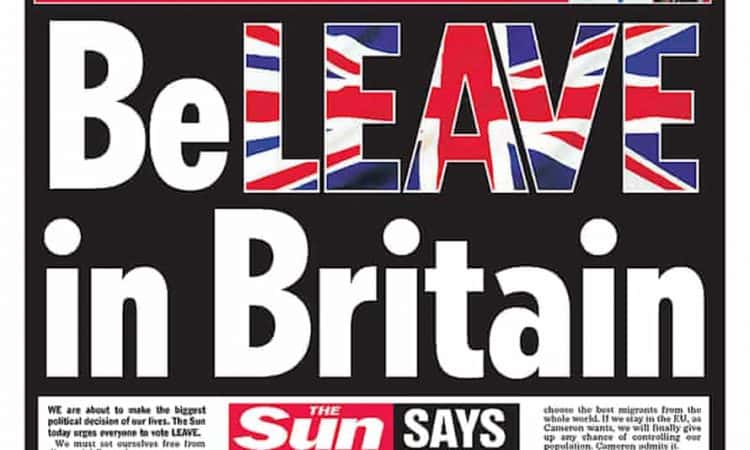 Brexit-backing newspapers including The Sun and the Daily Mail appear to have changed tack on Britain’s future outside of the European Union after it was reported petrol could be rationed to avoid widespread shortages.

Ministers faced fresh pressure to ease immigration rules as an emergency measure to attract HGV drivers from overseas amid warnings that 100,000 more were needed across the industry.

BP said a “handful” of its filling stations are closed due to a lack of fuel available, while Esso owner ExxonMobil also said a “small number” of its Tesco Alliance petrol forecourts have been impacted.

Transport Secretary Grant Shapps suggested adding HGV drivers to the skilled worker list for immigration purposes would not solve the problem, although he insisted he nothing had been ruled out.

The issues around petrol supply, on top of problems in the food industry and rising gas prices have led to warnings the Government faces a “winter of discontent”.

“Running on Empty” was the headline on both The Sun and the Daily Mail this morning, leading many people to point out the shift in the direction.

Ahead of the referendum in 2016 The Sun urged its readers to “beLEAVE in Britain and vote to quit the EU”.

They said at the time that “THIS is our last chance to remove ourselves from the undemocratic Brussels machine … and it’s time to take it.”

James Felton posted a reminder of the coverage on the back of petrol shortages today.

Others have also used the front cover to vent about the impact of “US-domiciled billionaires” using UK newspapers to further “their own political agendas”.

Related: Billions squandered on cronyism, but Universal Credit lift will ‘have to come out of people’s pockets’