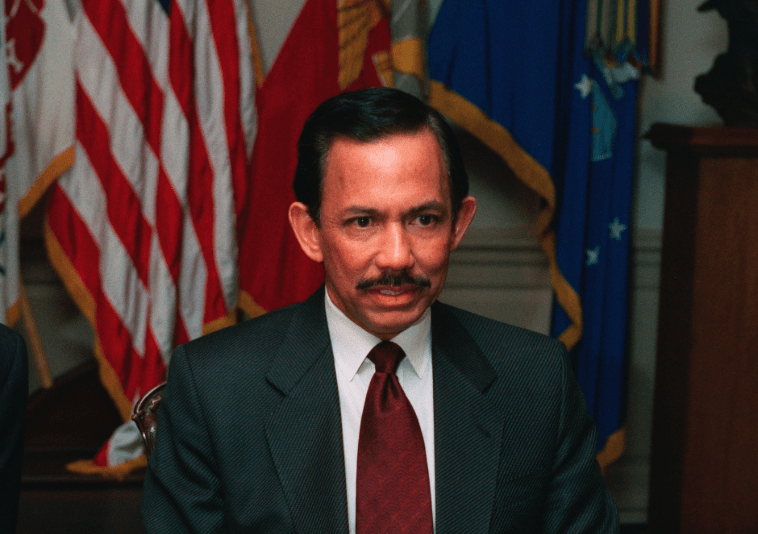 Sultan of Brunei (C) US Pentagon

The Sultan of Brunei has issued a statement confirming that people would face the barbaric sentence of stoning to death for homosexual acts under a harsh Sharia law penal code for the country despite international protests.

The United Nations High Commissioner for Human Rights said the new penal code which is also set to punish theft by amputation is “inhuman.”

As well as gay sex, adultery would also carry a potential death penalty under the harsh penal code due to be implemented this week, and whipping would be a punishment too.

Michelle Bachelet, warned Brunei “to stop the entry into force of this draconian new penal code, which would mark a serious setback for human rights protections for the people of Brunei if implemented”.

But Sultan Hassanal Bolkiah has insisted that the oil-rich Gulf state has the right to go ahead with the legislation on Wednesday, despite international criticism.

The Office of the Prime Minister – one of the state roles the 72-year-old monarch holds – said: “The Sharia Law, apart from criminalising and deterring acts that are against the teachings of Islam, also aims to educate, respect and protect the legitimate rights of all individuals, society or nationality of any faiths and race.”

The UN’s high commissioner for human rights has condemned as “inhuman” a move by Brunei to punish gay sex by stoning to death and theft by amputation.

The United Nations High Commissioner for Human Rights Michelle Bachelet, warned Brunei “to stop the entry into force of this draconian new penal code, which would mark a serious setback for human rights protections for the people of Brunei if implemented”.

Human rights bodies, the international community as well as high-profile celebrities have all criticized the move.

“I commend my friend, #GeorgeClooney, for taking a stand against the anti-gay discrimination and bigotry taking place in the nation of #Brunei – a place where gay people are brutalized, or worse – by boycotting the Sultan’s hotels…

“We must send a message, however we can, that such treatment is unacceptable. That’s why David and I have long refused to stay at these hotels and will continue to do so. We hope you will join us in solidarity.”

“I believe that love is love and being able to love as we choose is a basic human right. Wherever we go, my husband David and I deserve to be treated with dignity and respect – as do each and every one of the millions of LGBTQ+ people around the world.”